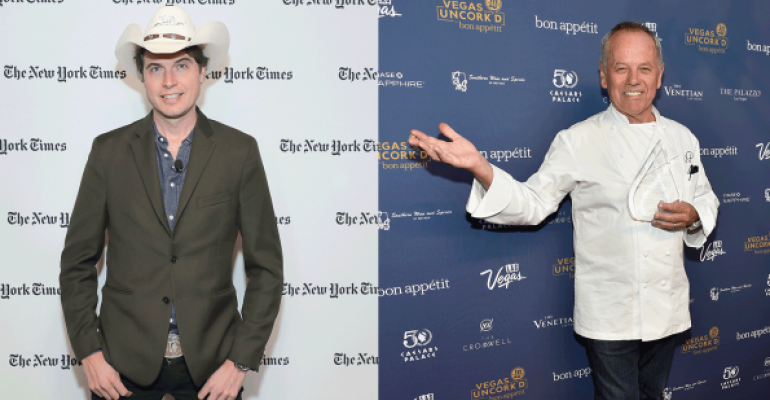 According to the complaint filed in the U.S. District Court of Colorado, the dispute targets Wolfgang Puck Licensing LLC’s concept The Kitchen, which first opened in 2015.

It was co-founded with chef Hugo Matheson, and has expanded to include four more locations in Denver; Fort Collins, Colo.; Chicago; and Memphis, Tenn., with more to come in 2017, according to the complaint.

In the filing, Musk said he met with Puck at his Spago Beverly Hills restaurant in 2012 to “discuss and share advice.” Musk described his planned expansion for The Kitchen and the related non-profit learning gardens that have been installed in community schools across the country. A photo of the two restaurateurs together after that meeting is included in the filing. When Puck opened a restaurant called The Kitchen three years later, it caused confusion in the restaurant industry and the marketplace, with people assuming that Musk had decided to affiliate with or license Puck, the lawsuit said.

Musk’s company filed a complaint with the U.S. Patent and Trademark Office earlier this year, but Puck’s company has continued to use the mark, prompting the lawsuit.

Puck’s company has opened locations of The Kitchen in Grand Rapids, Mich., as well as two Washington, D.C.-area airports, and soon in the Greenville-Spartanburg International Airport, according to the complaint. In the Dallas-Fort Worth Airport, a Puck-affiliated restaurant is called The Italian Kitchen.

“We are disappointed that Mr. Musk has chosen to challenge our marks and applications because they include the generic term ‘kitchen,’ which is in widespread use by numerous other restaurants around the country. We consider this action without merit and will defend vigorously.”