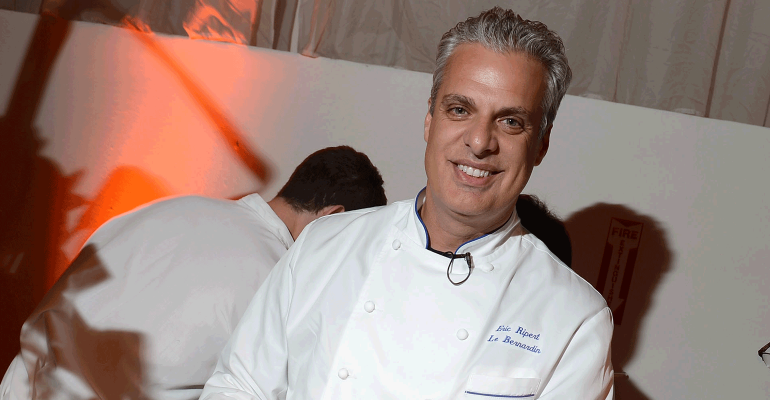 Kristin Avery, a former waitress at the Michelin-starred New York City restaurant Le Bernardin, has filed a lawsuit alleging sexual harassment, discrimination and improper tip sharing, according to a suit filed on Wednesday in U.S. District Court in Manhattan.

According to the lawsuit, head waiters touched Avery's buttocks, and she was taunted by kitchen staff about an earlier sexual assault. Her multiple complaints to general manager David Mancini were ignored, and he warned kitchen staff not to talk to Avery.

“She is a dangerous person and a lawsuit waiting to happen,” Mancini allegedly said.

The lawsuit also stated that the harassment extended to other women at Le Bernardin, who are unnamed in the suit.

Additionally, after Avery became pregnant in spring 2014, the suit contends she was not allowed to take short breaks to sit down and eat a small snack, and had to pay for her own maternity-sized uniform jacket, the lawsuit stated. Then, after giving birth, Le Coze allegedly body-shamed Avery for gaining weight. Avery's request to work lunch shifts so she could spend evenings with her child, according to the suit, was denied, effectively forcing her to leave her job.

The lawsuit is also seeking back pay, alleging that Avery and other service employees at Le Bernardin were forced to share tips with Tomislaw Dzelalija, who worked at a managerial level.

As of press time, Le Bernardin had not responded to requests for comment.

The restaurant industry has been rocked by a series of sexual harassment allegations against high-profile chefs and restaurateurs including John Besh of Besh Restaurant Group, Mario Batali of B&B Hospitality Group, Ken Friedman of The Spotted Pig, Cosmo Goss and Antonio Molina of The Publican, and Jeremy Tooker of Four Barrel Coffee.