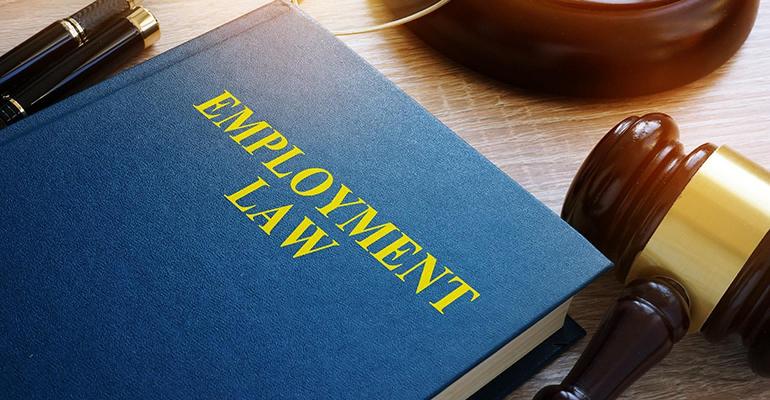 The Trump administration’s Labor Department rule, which went into effect in March, narrowed the framework for which businesses could be held liable under the Fair Labor Standards Act for failing to pay minimum wages and overtime to workers. The new rule had been supported by the many businesses and franchisors.

The new final rule, which was issued in January, updated regulations for interpreting joint employer status under the Fair Labor Standards Act. It went into effect in March.

However, 17 states and the District of Columbia sued in February to overturn the new regulation.

The joint-employer test considered whether the possible joint employer hires or fires the worker; supervises and controls the employee’s work schedule or conditions of employment to a substantial degree; determines the employee’s rate and method of payment; and maintains employment records.

Bloomberg Law reported Tuesday that Judge Gregory Woods of the U.S. District Court for the Southern District of New York ruled that the Labor Department’s regulation is “arbitrary and capricious,” setting aside part of the department’s new standard.

Woods’ ruling only vacates the agency’s test for vertical employment — or when a worker enters an employment relationship with one company, such as at a staffing agency or subcontractor, but is economically dependent on another employer.

Woods preserved the Labor Department’s standard for “horizontal employment” — when a worker has individual employment relationships with multiple businesses that are associated with each other.

The International Franchise Association said the ruling would have a negative impact on businesses that franchise.

Matt Haller, the IFA's senior vice president of government relations and public affairs, said in a statement: “This decision will harm small businesses and their employees across the country.

"It’s unfortunate that, in the middle of a pandemic, this ruling has thrown a wrench into small businesses’ economic recovery," Haller said. "IFA is reviewing all possible options as we consider our next steps to defend the franchise business model.”

The lawsuit, which is New York v. Scalia, S.D.N.Y., No. 20-01689, was filed by the states of New York and Pennsylvania as well as California, Colorado, Delaware, Illinois, Maryland, Massachusetts, Michigan, Minnesota, New Jersey, New Mexico, Oregon, Rhode Island, Washington, Vermont, Virginia and the District of Columbia.

UPDATE Sept. 8, 2020: This story has been edited to include comments from the International Franchise Association.