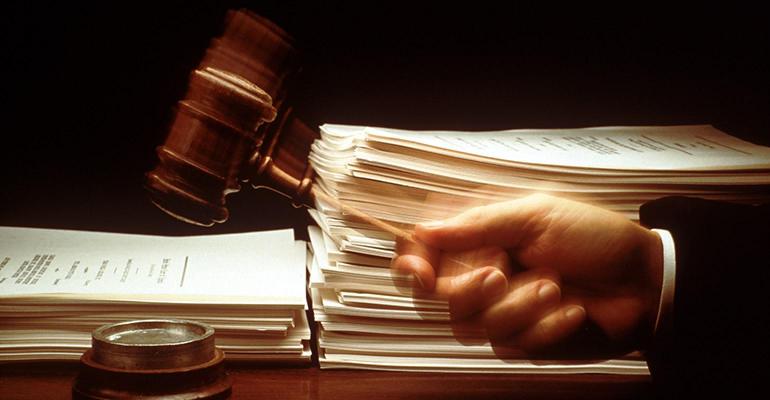 Chris Collins / The Image Bank
The SBA has argued that the decision in this case is moot because the funds have already been mostly distributed.
Operations>Legal

A Sixth Circuit court panel ruled on May 28 that the Small Business Administration’s prioritization of Restaurant Revitalization Fund grants on the basis of race and sex for the first 21 days of the program is unconstitutional. The decision overturned a Tennessee federal judge's original ruling that declined a temporary restraining request from Antonio Vitolo, the owner of Jake's Bar and Grill LLC in Harriman, Tenn.

The Wisconsin Institute for Law & Liberty, a conservative, nonprofit law firm, filed the lawsuit against SBA administrator Isabella Casillas Guzman on behalf of Vitolo in May, stating that Vitolo failed to receive a Restaurant Revitalization Fund grant after applying on May 3 allegedly because he is a white man. Vitolo splits the ownership of Jake’s Bar & Grill with his wife, who is Hispanic, but the SBA required a business to be at least 51% owned by a “woman, veteran and/or socially or economically disadvantaged individual” in order to be eligible within the three-week prioritization window.

Related: This Washington, D.C. taqueria received the first Restaurant Revitalization Fund grant: this was their experience

The lawsuit called for a more equitable distribution of the funds on a first-come, first-serve basis. U.S. District Judge Travis R. McDonough’s original ruling stated that the plaintiffs’ argument had failed to rebut the federal government’s priority in halting the impacts of historical discrimination based on sex and race.

However, in the split panel decision on May 28, the majority opinion overturned this opinion, stating that the SBA’s prioritization of certain groups over others was “racial gerrymandering” and ordered the government to fund Vitolo’s grant application, if eligible.

“When the government promulgates race-based policies, it must operate with a scalpel,” the majority opinion stated. “And its cuts must be informed by data that suggest intentional discrimination. The broad statistical disparities cited by the government are not nearly enough.”

The dissenting opinion of the Sixth Circuit panel argued that the Biden Administration offered “substantial evidence” proving that minority-owned businesses were “more vulnerable to economic distress than businesses owned by white entrepreneurs.”

“Taken together, that testimony was enough for the district court to conclude that Congress had a ‘strong basis in evidence for its conclusion that remedial action was necessary’ to address specific past discrimination, particularly as it related to the pandemic,” the minority opinion stated.

“The SBA does not have a comment, however, the SBA is working to ensure the economic aid is accessible to all that are eligible, including those hit hardest, while protecting program integrity and ensuring as quick distribution as possible of the aid,” a representative from the Small Business Administration said in a statement. “The agency is conducting extensive outreach campaigns so there is full awareness of what’s available to those affected.”

The National Restaurant Association agreed that the ruling would not have much impact on “the day-to-day ability of the SBA to administer the RRF” but they do not know whether this ruling will impact government-issued grants or loans moving forward.

“This case underscores that there was a lot of nervousness in the restaurant industry that the $28.6 billion was going to go fast,” Sean Kennedy, vice president for public affairs with the National Restaurant Association told Nation’s Restaurant News. “We knew we would get people going, ‘how come this restaurant down the street got a grant and I didn’t?’ What people are looking for is some degree of fairness to come out of this process.”

The plaintiffs argue that even though the distributed grants cannot be returned, the Sixth Circuit’s decision will have further-reaching impacts on COVID-19-related federal aid:

“The Sixth Circuit decision sets the precedent that racial and gender priorities such as the ones in American Rescue Plan Act are unconstitutional,” Rick Esenberg, president and general counsel for the Wisconsin Institute for Law and Liberty said in a statement.

In a similar case, a federal district judge in Texas issued a preliminary ruling in May that the Restaurant Revitalization Fund discriminated against white restaurant operator, Philip Greer, owner of Greer’s Ranch Café in Stephenville, Texas, alleging that the federal government violated the Constitution’s Equal Protection Clause.

“The evidence submitted by plaintiffs indicates that the entire $28.6 billion in the Restaurant Revitalization Fund may be depleted before plaintiffs’ application can be considered for relief under the program,” U.S. District Judge Reed O’Connor said in his ruling.

The question of the Constitutionality of race-based priorities and benefits was debated in a claim of racial discrimination against DoorDash, UberEats and Postmates that settled out of court in Arizona on June 2. The case of alleged racial discrimination was launched by the Arizona Attorney General’s office in Nov. 2020. It took issue with the third-party delivery companies’ promotions that waived delivery fees for Black-owned restaurants in the wake of George Floyd’s murder.

Arizona Attorney General Mark Brnovich said that “even with the best of intentions” “altering the price of foods and services” based on race is illegal. As a result of the settlement, the delivery companies have agreed to no longer offer discounts or incentives based on “race, color, religion, sex, national origin or ancestry.”

“The ongoing health and economic crisis disproportionately devastated communities of color and highlighted disparities in opportunity for vulnerable populations,” a DoorDash spokesperson said in a statement. “Furthering the long tradition of public and private sector efforts to break down barriers, DoorDash is proud to support Black-owned businesses and honored to do our part to lift up those who need it most.”

Five Things: Hakkasan Group is acquired by Tao Group Hospitality; what to do if your Paycheck Protection Program loan is not forgiven
May 04, 2021