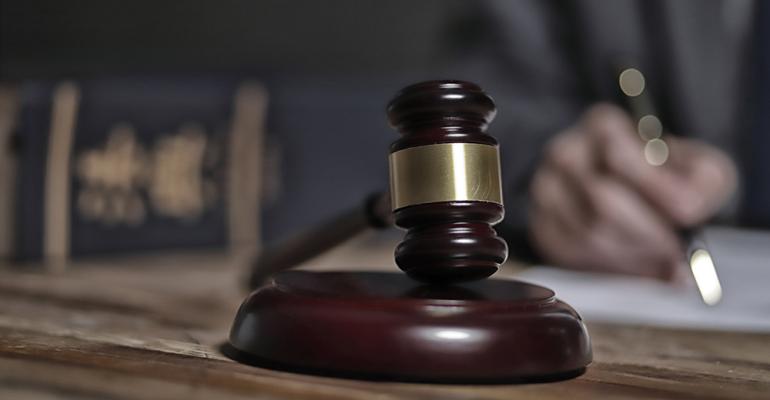 RUNSTUDIO / The Image Bank
Nineteen restaurant leaders in Kansas, Missouri and Oklahoma have been charged in a federal racketeering case that alleges they conspired to transport and employ undocumented workers to as many as 45 locations.
Operations>Legal

Nineteen restaurant leaders in Kansas, Missouri and Oklahoma have been charged in a federal racketeering case that alleges they conspired to transport and employ undocumented workers to as many as 45 locations.

The U.S. Justice Department, in a 64-count grand jury indictment unsealed Wednesday, claims leaders at dozens of Mexican restaurants violated the Racketeer Influenced and Corrupt Organization, or RICO, Act by engaging in an alleged organized criminal enterprise from 2003 to 2021.

The U.S. Attorney’s Office for the Western District of Missouri alleged 17 of the 19 defendants were involved from July 2003 to Aug. 10, 2021, in smuggling Mexican, Guatemalan and El Salvadoran nationals not authorized to work in the U.S. into the country to work at dozens of restaurants in several states.

The indictment also claims the defendants did not pay taxes, overtime wages or worker’s compensation for those employees.

As of Wednesday, the Justice department said Homeland Security Investigations agents, with the assistance of numerous local, state and federal agencies, executed search warrants at 10 locations in Kansas, Missouri and Oklahoma. Federal agents had arrested 14 of the 19 defendants, who included residents of Arkansas, North Carolina and Tennessee.

Bravo and his co-conspirators allegedly supplied the restaurants with undocumented workers to staff positions, the indictment alleged.

In addition to smuggling and harboring undocumented workers, the indictment alleges the racketeering activity included fraud in connection with identification documents, misuse of visas and other documents, and money laundering.

“Members and associates of the criminal enterprise shielded unauthorized employees from detection by immigration authorities by eliminating records of their employment, paying them by personal check and in cash, failing to maintain complete and accurate Forms I-9 and required wage and hour reports for these employees, assisting them with the acquisition of false identification documents (such as Social Security numbers and alien resident documents), and making false statements to immigration authorities and law enforcement officials,” the attorney’s office said in a statement.

Bravo, identified in the indictment as the leader of the enterprise, owns Specialty Food Distribution in Joplin, Mo., as well as a group of restaurants registered as Bravos Group LLC, including El Charro, El Charrito, Playa Azul, Itza LLC, Cantina Bravo and El Chango.

The indictments said 31 limited liability companies operated 45 Mexican restaurants in multiple states and at least an additional 11 companies were involved in restaurant supply and logistics, real estate and construction.

“These 45 restaurants received goods and services from Specialty Food Distribution and another company, Intel Solutions LLC,” the attorney’s office said. “After federal inspections occurred at restaurants affiliated with conspirators, the indictment says, they formed Intel Solutions to assume those administrative duties, in name only, as a way to conceal and minimize the level of involvement in the inspected restaurants by members and associates of the criminal enterprise. Intel Solutions later changed its name to Entel Solutions LLC.”

According to the federal indictment, the investigation began when the Kansas Department of Labor contacted Homeland Security Investigations regarding allegations that unauthorized aliens were employed at the Bravos Mexican Grill in Overland Park, Kan.

“When HSI announced a Form I-9 inspection on July 16, 2018, agents discovered that 14 of the 17 Bravos employees whose I-9 forms had been inspected were ineligible to work,” the attorney’s office said. “During another inspection of Bravos on Feb. 28, 2019, agents identified eight unauthorized aliens working there. Five of those employees had been identified previously as ineligible to work.”

The charges contained in this indictment are simply accusations, and not evidence of guilt. Evidence supporting the charges must be presented to a federal trial jury, whose duty is to determine guilt or innocence.

This case is being prosecuted by Assistant U.S. Attorney Rudolph R. Rhodes IV.