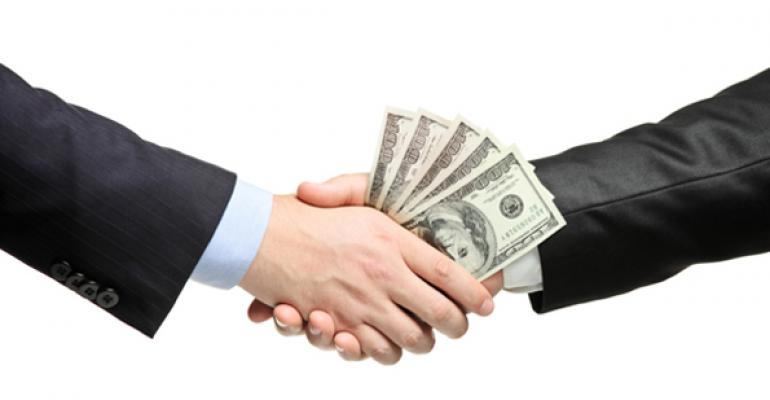 A recent report showing salaries are climbing for both hourly workers and corporate employees is further proof the restaurant industry is getting healthy. The survey revealed salaries would increase by 2.7 percent this year, following a year in which 85 percent of corporate office employees and 74 percent of restaurant managers also saw a base pay increase.

The data comes from People Report, a human resources analytics firm, which surveyed 55 chain restaurant corporations that operate 83 different concepts, including several of the biggies, like T.G.I. Friday’s, Chili’s, Ruby Tuesday, The Cheesecake Factory and Panera.

Even more evidence the recession is in the rearview mirror? Merit increases (what?) are also back. Over the last three years, both corporate office employees and those in the field have gotten boosts based on performance in the 2.5- to 3-percent range, a little off pre-recession highs of 4.5 percent.

Restaurant managers can also rejoice: Performance bonuses, which had all but dried up during the lean years when the industry bottomed out, are also back. While not all restaurant companies offer corporate executives and directors a bonus plan, 100 percent of those surveyed indicated their managers were eligible. The percentage of weight based on individual performance for those bonuses was on average 10 percent, with overall group performance accounting for approximately 85 percent. And the main criterion for determining “group performance” is typically profit.

"The relative importance of bonuses increases as we go up through the restaurant management ranks, with general managers and multi-unit managers typically seeing their total bonus amounts for the year representing between 20 percent and 30 percent of what they get in base salary,” says Victor Fernandez, executive director of insights for People Report and Black Box Intelligence. “Based on these numbers it is easy to see why restaurant managers were in a tough spot when those bonuses disappeared during the recession.”

Chain and restaurant owners may be paying out more to their employees, especially through bonuses, but that means profit goals are being met. Interestingly, and ominously, the People Report and Black Box Intelligence later released its Restaurant Industry Snapshot for June, which showed sales were flat after three straight months of growth. A harbinger of things to come, or a blip on the radar? Let’s hope salaries keep climbing because profits are soaring.