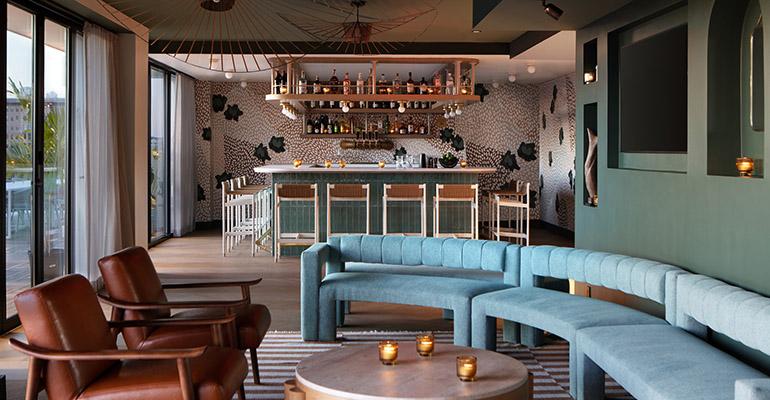 The restaurant and bar officially opened on October 8 to the public inside the Kimpton Banneker hotel, a new Valor Hospitality Partners property in the heart of Washington D.C. The rooftop bar and lounge feature panoramic views of the city including the White House, Washington Monument and more.

The menu of small plates will be seasonal (though the rooftop will not be) and this season’s offerings include goat cheese and cornmeal beignets and an heirloom tomato tartine.

The 1,200-square-foot rooftop bar will be open year-round and is located on historic 16th street in the nation’s capital. The bar’s design pays homage to D.C.’s official bird, the Wood Thrush, with a mural.

The Banneker is named for its own historical figure: Benjamin Banneker, the free man who educated himself and became an important D.C. figure during the nation’s founding.

The hotel features 144 guest rooms in its 10-story building.