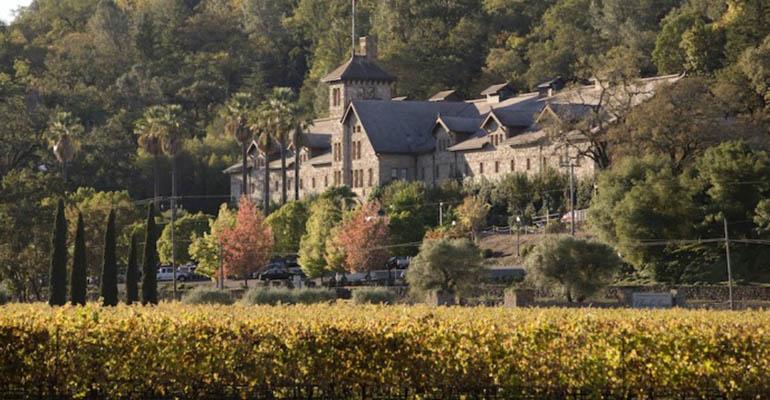 Worlds of Flavor chefs honor — and update — their roots

Although the official theme of this year’s Worlds of Flavor, the annual food-and-beverage confab put on by the Culinary Institute of America in Napa Valley in April, was Legends of Flavor, an equally appropriate title might have been Back to the Future.

Throughout the program, which was the 20th installment, chef after chef spoke passionately of the need to preserve culinary heritage. Successful modern menus, they asserted, must be rooted in the past.

Grandmothers are the true culinary OGs. In fact, so many chefs paid homage to their grandmothers, that these good ladies were an unseen, collaborative presence throughout the program.

In his introductory keynote, Dr. Krishnendu Ray, chair of the Department of Nutrition and Food Studies at New York University, noted that the rise of the professional chef comes at the expense of women, especially those of color and immigrants, who are typically the keepers of their cultures’ culinary flame.

Their essential contributions were lauded from the stage by chefs like Malcolm Lee, whose Candlenut restaurant in Singapore has been awarded multiple Michelin stars. He unabashedly refers to his Peranakan menu, reflective of his distinct Southeast-Asian culture, as “grandma cuisine.”

Similarly, the dining courses created by chefs Diego Galicia and Rico Torres at their lauded restaurant Mixtli in San Antonio, Texas, take their inspiration from the Mexico City subway system and the ladies at each stop who sell tasty, homemade tortas, tamales and tacos.

And Hugo Ortega claims his Oaxacan grandmother as his primary influence on dishes like Bistec con Mole de Chicatana, ribeye with black-bean tamal and ant mole at Xochi, his downtown Houston restaurant. Their combined efforts — her teaching and his execution — have made him the first Mexican chef to win a James Beard Award.

Fusion cuisine is alive and well in the 21st century. But its definition has changed dramatically to describe the application of new techniques and technologies to classic dishes.

Chef Monique Fiso, who owns Hiakai in Wellington, New Zealand, spoke winningly about her embrace of Maori recipes learned from her grandmother, such as the soul-soothing Lu’au, taro-root stew topped with coconut cream. However, Fiso dispenses the latter through a siphon, an unconventional and thoroughly modern approach that ensures a consistent finish.

Chef Justin Carlisle and his wife Lucia Muñoz-Carlisle opened The Laughing Taco, a tiny taqueria in Milwaukee, which offers a limited menu dedicated to authenticity. In its pursuit, they provide a terrific example of technology in the service of cuisine: The couple visits via FaceTime frequently with her mother, who shares tips and walks them through the recipes in real time from her home in Monterrey, Mexico.

No fear of frying

Rossi, whose Trippa translates to tripe in English, demonstrated how to make that product accessible to even the most offal-phobic American consumer. Cut into strips, seasoned smartly and deep fried, the finger food he produced was inexpensive and irresistible. Malcolm Lee described how his grandmother, who fried at home daily, inspired the extensive use of the technique in his operation. What’s more, Lee says that he has no use for commercial fryers; like his grandmother, he fries by hand.

Japanese chef Daisuke Nomura, who won a two-star Michelin rating for his extraordinary vegetarian cooking, talked about how to engage patrons with vegetables. He satisfies his Japanese consumers, the vast majority of whom are dedicated carnivores, through creative use of five prep techniques. The first and foremost, he says, is frying.

So proclaimed Sean Sherman, aka The Sioux Chef, a member of the Ogalala Lakota tribe from South Dakota. The Native American food expert and cookbook author spoke eloquently on behalf of indigenous cuisines.

While lamenting the dearth of Native American restaurants and slyly noting the absence of a “Joy of Native American Cookery,” he noted that the current, larger trends to reconnect with the earth and to celebrate local and seasonal foods could serve as a bridge that connects our gastronomic past with our present.

Pierre Thiam, chef-owner of Yolele Foods, who was born in Senegal but now works and writes in New York City, sang the praises of this ancient grain. Indigenous to West Africa, it packs an extraordinary nutritional punch, thrives under adverse growing conditions and is extremely easy to prepare. So tolerant is the plant of mishandling from farm to fork that it’s touted both as the lazy farmer’s grain and a dish that won’t embarrass even the most maladroit cook.

More importantly, it can sustain challenged agricultural economies. In another example of technology abetting the culinary arts, consumers in the U.S. can find fonio on Amazon.

The power of American food is in its diversity, according to Korean-American chef Edward Lee at the conference.

Lee proposed the biggest change over the past 20 years has been the collapse of the dichotomy between high and low cuisines, between haute gastronomy and basic dishes.

American diners now view all foods with respect and appreciate simple ethnic menus as much as those created by star chefs. And for the past two decades, The Worlds of Flavor series has been an indispensable agent in creating and nurturing these changes in attitude and acceptance.

Nancy Kruse, President of the Kruse Company, is a menu trends analyst based in Atlanta. As one of LinkedIn’s Top 100 Influencers in the US, she blogs regularly on food-related subjects on the LinkedIn website.