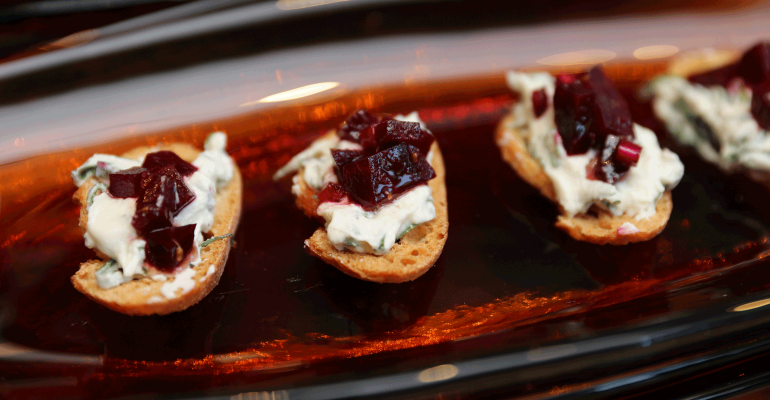 Over the past few years, burrata has shot up the charts like a bullet on the hit parade of trendy ingredients.

This cousin of mozzarella cheese has achieved near ubiquity in a relatively short time owing to its creamy taste, smooth texture and the fact that it plays so well with other ingredients. According to market research firm Datassential, burrata used as a salad topper has increased 150 percent since 2012, a healthy bump that is doubtless due to stellar creations like the lobster and beet salad at San Francisco’s Bar Crudo, which boasts not only the titular ingredients, but also burrata, arugula, pistachios and Banyuls vinaigrette.

Native to the southern Italian regions of Puglia and Basilicata, burrata is a fresh cow’s milk cheese, a velvety blend of mozzarella and cream. Damn near irresistible, it’s been popping up everywhere. In Italy, burrata is served as an antipasto that starts the meal, which is how it made its initial appearance on American bills of fare. But burrata has recently crossed over to other parts of the menu, too.

When an ingredient becomes so hot so fast, it can cool off equally quickly, but it’s easy to be bullish on burrata. Its ready compatibility with a range of menu applications, inherent consumer friendliness, and growing availability from both domestic manufacturers and importers suggest that burrata is well on its way to becoming a menu standard.