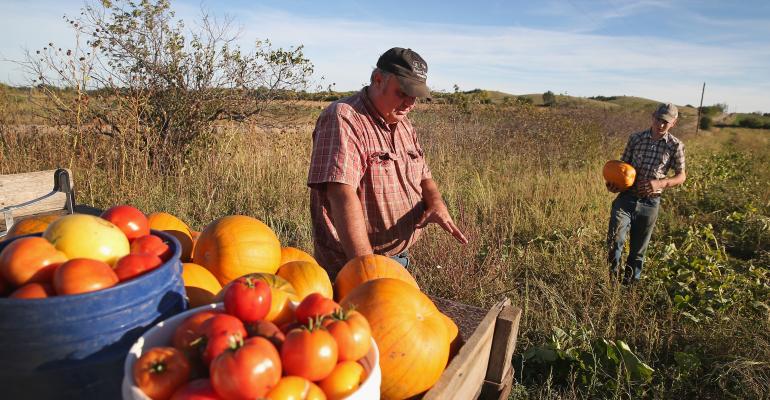 <p>If your menu says you buy from Farmer Jones, better be willing to back that up.</p>
Food & Drink>Food Trends

Operators already know the damage negative online reviews can do to their restaurant’s reputation. Now they’re about to learn what happens when a newspaper catches them openly lying about food they tout as “locally sourced” or “farm-to-table” that is anything but.

Bad PR is one effect, as these acts cause customers to question both the purity of a restaurant’s food and its intentions. Legal ramification are another possible outcome.

Long-time Tampa Bay Times food critic Laura Reiley went all out in reporting “Farm to Fable,” which appeared in that paper on April 13. Her research led her to the conclusion that served as the story’s deck: “At Tampa Bay farm-to-table restaurants, you’re being fed fiction.”

Reiley began by looking at restaurants she has personally reviewed since the farm-to-table trend emerged several years ago. She found that menus at 54 of the 239 places she had written about made claims about where they purchased certain food items. She then followed up to see if those claims were true, talking not just to the chefs or operators but to the farmers and growers whose names were mentioned on the menu and to the distributors who supply these restaurants.

She found that many restaurants routinely mislead customers, although motivation differs.

She found plenty of whoppers and somehow convinced the owners and chefs who had told them to defend their actions on the record. Few come off as repentant. Well-regarded restaurants wound up being skewered, merely by Reiley repeating their untrue farm-to-table claims and the way those claims are defended. The overall effect is brutal.

Lesser offenses are written off to logistics.

This is not the first story written about the bait-and-switch component of the farm-to-table movement. San Diego Magazine reporter Troy Johnson found similar shenanigans taking place in San Diego last summer. His conclusion: a mixture of deception, fraud and honest mistakes were at play in that market.

“Like any good movement, farm-to-table has now been severely co-opted. The stories of restaurants deceiving their customers—or flat-out lying to them—have increased. Multiple San Diego restaurants claim to serve Respected Local, Organic, Sustainable Farm X when in fact they’re serving nameless commodity produce that could be from Chile, for all they know,” Johnson wrote.

Johnson didn’t specify the names of the restaurants that were playing fast and loose with sourcing claims in his story. Reiley did.

Both stories focus on markets whose climates make year-round local farm-to-table sourcing easy. Also, both have coastal locations that make local seafood sourcing an option, although not for every species. Yet even where optimum conditions are in place, many operators treat farm-to-table principles as a suggestion rather than a fixed and firm guideline.

Both articles also use the word “fraud.” Is it?

San Diego attorney David Lizerbram looked at this issue and found that restaurants could face legal claims on three fronts:

• from federal, state or local governments

“We’ll see if this issue rises to the level of a government investigation,” Lizerbram says. But he cautions operators to ease up on their farm-to-table fakeouts in the meantime. “A few shady restaurateurs may consider this all just part of the game, but the reality is that there can be serious legal consequences for these types of deceptive practices. Not to mention the PR nightmare associated with this type of exposure.”