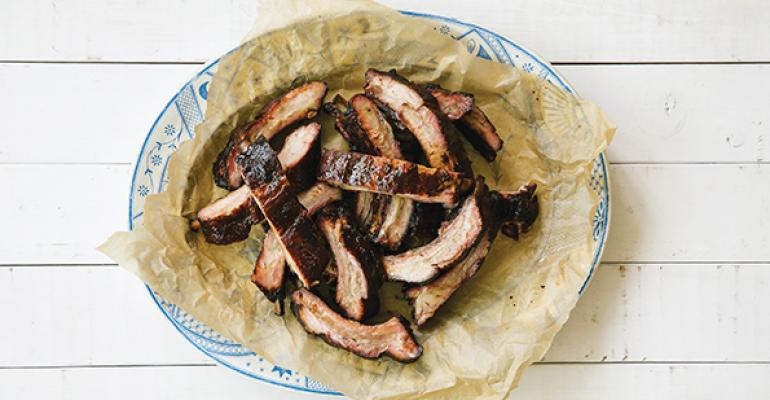 The barbecue style of cooking is part of many global culinary traditions, but in the U.S. we take it to new levels with our regional interpretations. At 18th & Vine BBQ in Dallas, chef/partner Scott Gottlich speaks about bringing Kansas City-style barbecue to Texas. “It’s hard to say if what we’re doing is a true trend or the future of barbecue. I do feel we are breaking the mold in what is commonly known as the traditional barbecue restaurant. Pitt master Matt Dallman and I have developed a menu where elevated dining and barbecue can co-exist in a casual but sophisticated setting.”

Gottlinch says the restaurant stays true to the craft of Kansas City barbecue while putting its own spin on what a barbecue restaurant can be with, “approachable yet creative, seasonal chef-driven dishes to complement the traditional method of barbecue. It’s an exciting time for the restaurant industry in Dallas, and I am thrilled to be a part of it while working with a team willing to break some ‘rules’ and push the boundaries a bit.”

On the menu at 18th & Vine BBQ, Texas beef meets Southern pork, with a spicy-and-sweet marriage of smoky flavors. Specialties include appetizers like BBQ salmon spread ($11) and pit-fired oysters ($13), with daily specials and meat choices ranging from brisket, ribs and pulled pork to chicken and sausage (all $16). Entrée choices such as Pulled Rib Meat Gnocchi ($21) appear on the menu with suggested beer and wine pairings.