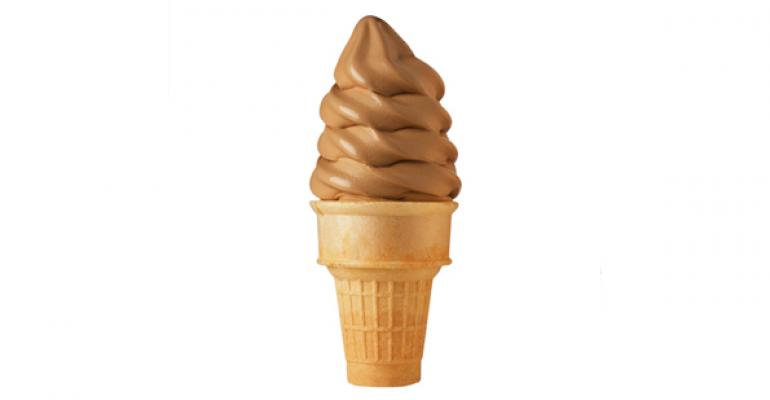 Back when air conditioning was a big summertime draw (movie theaters and other public places displayed signs saying, “It’s Cool Inside”), ice cream was a no-brainer restaurant dessert—popular with customers, profitable and easy to serve. That’s still true, although contemporary tastes have grown more sophisticated, adventurous and interactive.

Restaurant Hospitality’s forerunner, American Restaurant Magazine, featured some suggestions in its July 1956 issue as part of a Smart Menu Planning series. Le Petit Gourmet in Chicago was offering assorted ice creams for 35 cents, parfaits (chocolate, marshmallow, maple nut, mint or strawberry) for 40 cents, and frozen coconut balls with sauce for 45 cents. The dessert menu at The Toll House in Whitman, MA, featured a selection of ice creams served alone, in sundaes or as dessert ingredients. Its Mary Jane dessert was pink peppermint ice cream-filled white cake, dipped in chocolate and topped with almond cream, while the Fudge Pecan Ball was made by rolling ice cream in sponge cake, accompanied by hot fudge sauce and pecans.

While these retro selections would still appeal to any ice cream lover, they seem uninspired compared to some of the cooling and creative summertime dessert ideas we see today. Now that National Ice Cream Month is here, check out these promotion ideas.

• Farrell’s Ice Cream Parlour and Restaurants is hosting its fourth annual Charity Ice Cream Eating Challenge (June 21 through July 14) at its five Southern California locations. Competitors vie for the honor of being the fastest ice cream eaters, and top qualifiers will compete at the championship event. Championship competitors in the Men’s, Women’s, Kids’ and the Big and Small (one adult and one child 9 or under) categories will strive to be the first to finish a Farrell’s Pig’s Trough sundae with six scoops of ice cream and all the toppings. Members of the four-person teams will dig into 30 scoops of ice cream in the Farrell’s Famous Zoo sundae. Category winners receive a trophy and a year of free Farrell’s ice cream. In the professional category, the first place award is $300; second place prize is $200 and third place is $100. Children’s Hospital of Orange County and Make-A-Wish will receive 100 percent of the net proceeds from the event. 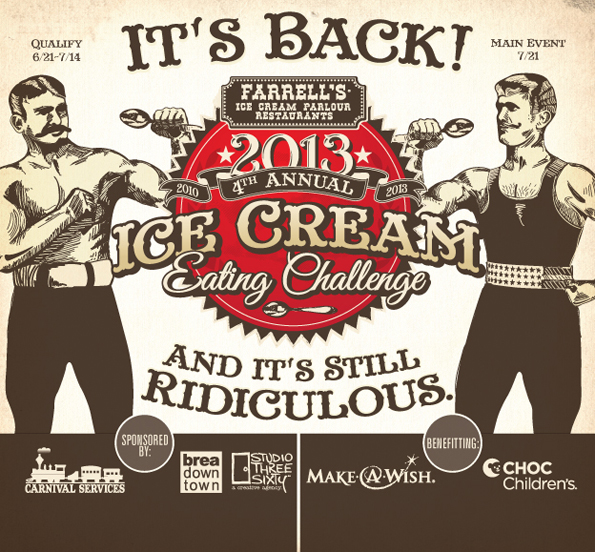 • In celebration of Bastille Day, Bistronomic in Chicago has created a special Blue, White and Red Bistronomic Baked Alaska dessert in the colors of the French flag. Part of the three-course prix fixe menu, the dessert will be offered from July 8–14. It’s a colorful combination of blueberry salad, vanilla ice cream and strawberry coulis.

Here are 12 recipe ideas for ice creams, sorbets and sherbets to increase the coolness quotient of your summer dessert menu.