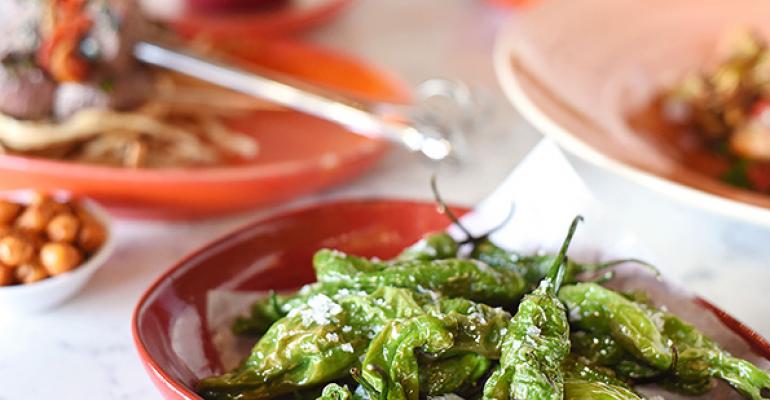 Mild, richly sweet or fiery hot peppers add depth and dimension to your menu. According to the Sloan Trends list of the Top 10 Food Trends of 2015, one-third of consumers are more interested in global flavors than they were a year ago. Adding a little heat to your recipes—whether you draw on Asian, Latin, Mediterranean or Regional American influences—can appeal to adventurous diners. Here are a few examples.

Peppery cocktails are also hot on beverage menus around the country. At Izakaya Midtown in Houston, the new menu features The Tiger’s Cup cocktail, made with gin, shishito, lemon, sea salt and tonic. The newly launched brunch menu at Dirt Candy in NYC emphasizes unique vegetable preparations, including vegetable-based cocktails such as the Yellow Pepper Mimosa.