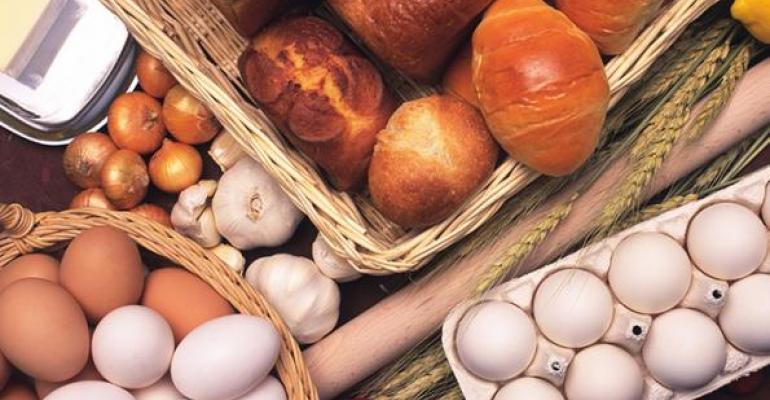 <p>Bread, eggs, dairy and other perishables would have more consistent &quot;use-by&quot; labeling under the bill.</p>
Food & Drink>Food Trends

A new billl introduced in the U.S. Senate and House last week aims to help eliminate a key cause of food waste by making expiration date labeling on food.

Forty percent of food in the country goes uneaten, and consumers are responsible for more of that waste than grocery stores, restaurants or any other part of the supply chain. Confusing date labels are a major contributor to consumer waste, often misinterpreted as an indicator that food could make them sick and must be tossed.

The companion bills, introduced by Sen. Richard Blumenthal (D-CT) in the Senate and Rep. Chellie Pingree (D-ME) in the House, would establish standard federal rules for the dates on food labels.

The bill comes on the heels of a new national public service campaign from the Natural Resources Defense Council and Ad Council called Save The Food that is designed to combat consumer food waste.

“Contrary to popular belief, expiration date labels often don’t indicate whether food is still safe to eat,” says Dana Gunders, senior scientist at the NRDC. “As a result, we are tossing massive amounts of perfectly good food in the trash—along with all of the water, climate pollution, and money it took to get it to our fridge. This bill will help clarify the true meaning of the dates on food labels, giving consumers a better sense of food’s freshness, so we can keep more on our plates and out of the landfill.”

There are currently no federal rules that set standard ways to date food labels, with the exception of infant formula. State and local rules vary and in most instances, industry practice is to print dates based on the manufacturers’ suggestions for when food is likely to be at its freshest or peak quality.

Studies show that up to 90 percent of Americans are misinterpreting date labels and throwing food away prematurely, under the misconception that it’s necessary to protect their families’ health. But restaurants contribute to the problem as well, with a single restaurant capable of producing 25,000-75,000 pounds of food waste in a year, according to the Green Restaurant Association.

The costs of wasted food are heavy. According to NRDC:

• If global food loss and waste was a country, it would have the world’s largest greenhouse gas footprint after the U.S. and China.

• 28 percent of the world’s agricultural land—an area larger than Canada—is used to grow food that never gets eaten.

• In the U.S., 25 percent of our nation’s fresh water goes into producing food that is never eaten.

• Food waste is the single largest component of solid waste in U.S. landfills.