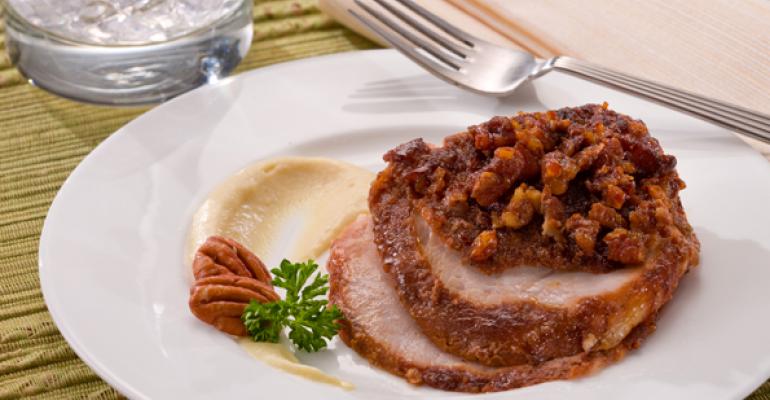 Pork is the hot protein. According to Technomic, pork is the fastest-growing protein in foodservice. Over the past two years, fresh pork has been driving that growth. On a pound basis, bacon grew the most (up 102 million pounds) between 2011 and 2013. The categories of carnita meat, shoulder/butt and pulled pork grew the most rapidly, with a compound annual growth rate of 8 percent, 6.6 percent and 6.4 percent respectively.

The following recipes—featuring pork shoulder, pork butt and pork tenderloin—demonstrate the menu versatility of this popular meat. Chef Rick Bayless of Frontera Grill and Topolobampo in Chicago and host of Mexico—One Plate at a Time offers a south-of-the-border-inspired recipe for Pork Tenderloin with Avocado Apricot Salsa. Regional flavors abound in the recipes for grilled pork tenderloin fillets from Chef Eric Dreyer of Fearing’s Restaurant at the Ritz-Carlton Dallas, and the Honey Pecan Pork Loin with Dijon Cream Sauce idea from Chef Aaron Fidder of Machine Shed Restaurant in Appleton, WI.