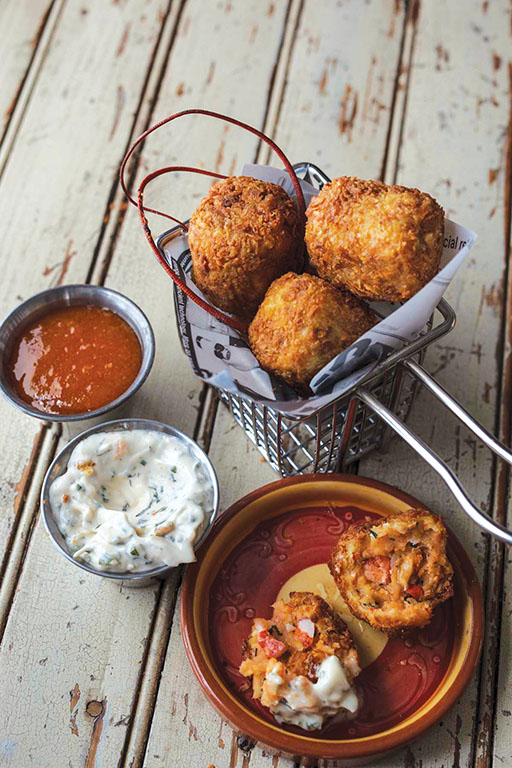 Allow potatoes to cool completely, then grate them into a large bowl using a box grater. In a separate bowl, combine sour cream, shredded cheese, lobster base and black pepper. Add sour cream mixture to grated potatoes. Stir in lobster meat, chives and ¼ cup of the potato flakes. Mix well.

Put remaining ½ cup potato flakes, flour and beaten whole egg into three separate bowls. Using about 3 Tbsp. for each tot, shape the mixture into small cylinders, using a ring mold or your hands. This should make about 24 tots. Roll each cylinder in flour, then egg, and finally in potato flakes.

Heat oil in a 5-qt. Dutch oven over high heat until it reaches 350°F. Fry tots in batches, a few at a time, until golden. Using slotted spoon, transfer tots to a paper towel-lined plate to drain. Season with sea salt and serve immediately with dips on the side.