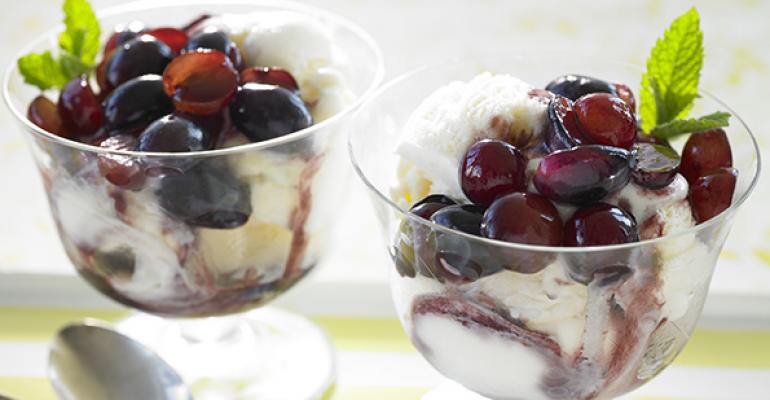 Put port, orange peel, cinnamon stick and honey into saucepan and bring to a boil, stirring to dissolve honey. Reduce heat to medium-low and simmer until liquid is reduced to about 1/3 cup, about 15 to 20 minutes.

Using a slotted spoon, remove orange peel and cinnamon stick; discard. Stir in the grapes. Allow to sit, stirring occasionally, for at least an hour or up to two hours at room temperature (or refrigerate in an airtight container for up to three days).

To serve: Serve over ice cream (or frozen yogurt).