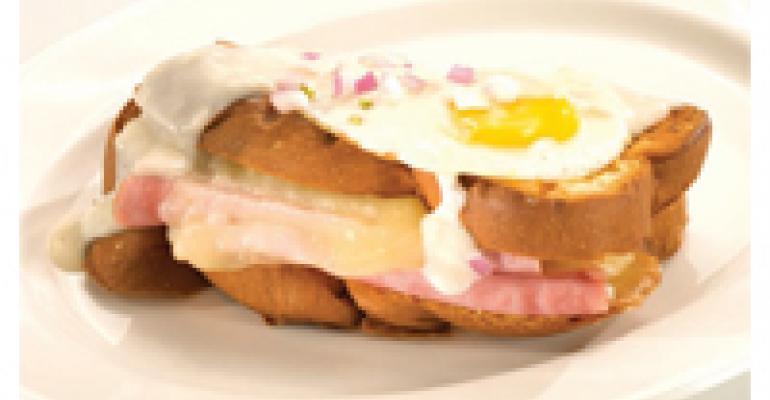 For panini: Layer ham on four slices of bread; top with Grand Cru Gruyère and remaining bread slices. Spread butter on the outside of each sandwich and grill on a panini press or griddle until bread is lightly browned and cheese is fully melted.

While sandwiches are cooking, heat remaining butter in a skillet and fry eggs until “over medium.”

For Mornay sauce: Melt butter in a heavy saucepan over low heat. Whisk in flour and cook for 2 minutes, stirring constantly. Do not allow mixture to brown.