Leadership: Jason Berry and Michael Reginbogin, both founders and principals

Jason Berry and Michael Reginbogin, founders and principals behind Knead Hospitality + Design in Washington, D.C., are business partners and “partner partners” who have been together for 21 years. They’re also restaurant industry veterans who have built a company around partnerships with known chefs they bring to the Washington/Baltimore area.

Berry — who is an alum of Hillstone Restaurant Group and was chief operating officer of Rosa Mexicano Restaurants before leaving in 2015 to launch Knead — is the business development and financial guy. Reginbogin, a BR Guest alum who was director of operations for the Miami restaurant Estiatorio Milos before launching Knead — is the design guy.

For their concepts, they have tapped outside chefs: Ed Lee of “Top Chef” fame is culinary director for Succotash; Roberto Santibañez, owner of the New York concept Fonda, created the menu for Mi Vida and the upcoming concept The Grill, scheduled to open next year.

Also coming in 2020 is a dual concept that will include Gatsby, offering reimagined American classics for lunch, brunch and dinner, alongside baker Umber Ahmad’s Mah-Ze-Dahr Bakery, which will be open for breakfast and lunch. It’s the first Mah-Ze-Dahr outside New York and the company said it expects to open 14 restaurants (not just bakeries) by the end of 2021, including the bakeries.

“It’s very central, everybody comes to visit and it’s very convention oriented,” said Berry. “We have a little bit of a big fish/small pond mentality. It’s easier to make yourself in a city that really welcomes restaurants and new opportunities and ideas.”

Knead works with chefs who “want to cook and create but don’t necessarily want to deal with the intricacies of running big operations” in the nation’s capital, said Berry. Knead restaurants tend to be 300-400 seaters in high-volume developments.

“It doesn’t make sense to have one offs in a lot of different cities,” said Berry. “You need to cluster them so you can move people around without having people to leave the company or the city.” 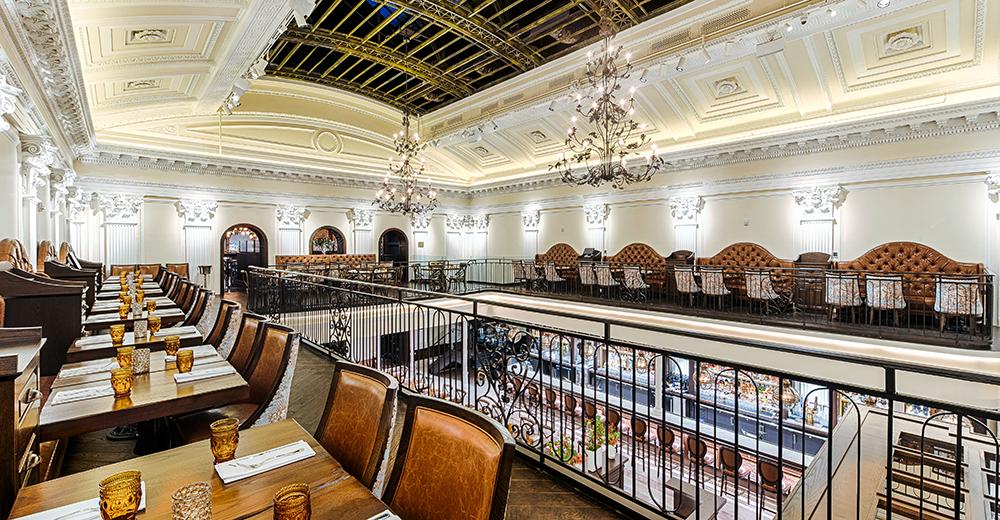