New on the Menu: Cocktails disguised as popcorn and tuna dressed as a fajita 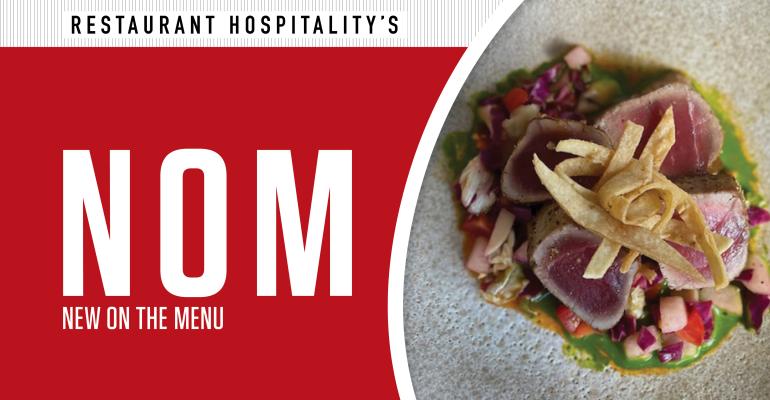 Start Slideshow ›
Plus tofu with avocado, a barbecue-inspired taco, and chicken-fried mushrooms

Plant-based protein is a very large part of the conversation around food trends these days, not necessarily because people like them, but because of all the venture capital backing such a wide variety of meat analogs. But although some people find pea-based products an adequate substitute for beef or chicken, fungi, specifically mushrooms, are arguably a more convincing substitute with their natural umami flavor and mycelium strands not unlike muscle fibers.

Hence the chicken-fried mushrooms that can be had at Hartley Kitchen & Cocktails in Atlanta.

The tofu at Hakata TonTon, which recently reopened under new ownership in New York City, isn’t being used as a meat substitute but as a luscious and creamy treat on its own, with avocado, sesame oil, wasabi and dashi.

At Tobiuo Sushi & Bar in Katy, Texas, bluefin tuna isn’t exactly being disguised as steak, but it is being marinated and cooked similarly to a steak fajita, and at Bodega Taqueria y Tequila in Miami Beach, Fla., brisket is playing the role of itself, but instead of being served barbecue style it’s wrapped up as a taco.

Related: New on the Menu: Fig-prosciutto salad and strawberry gazpacho

Back in New York, the Snacktails at Clinton Hall are a sort of camouflage for cocktails, but the popcorn in them also proves to be good insulation