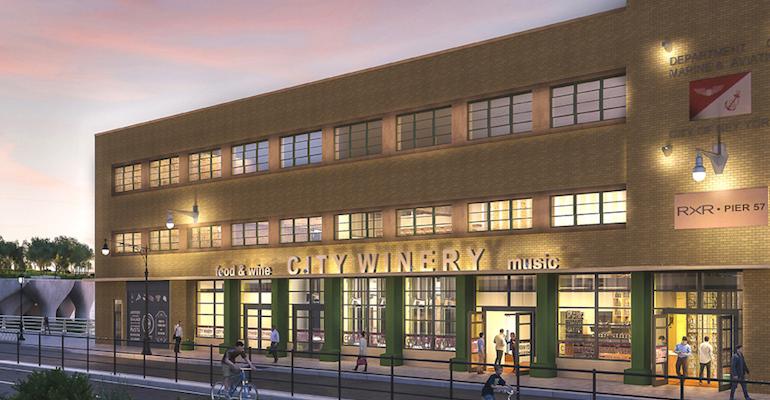 The founder and former CEO of the Knitting Factory in New York City is growing his 12-unit City Winery concept with a new management team in place. 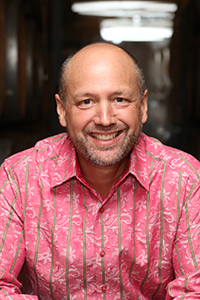 The new executive team — mostly newly created positions, with the exception of vice president of national sales — will be leading City Winery into its next phase of growth, including two openings in 2020: one in New York’s Hudson Valley, and the grand reopening of the brand’s New York City flagship in a new location there.

“We are a complicated organism,” Dorf said. “We’re a winery, restaurant, events space and music venue, all of which can be individual businesses, but putting them all together makes us unique. It requires a lot of synchronicity between departments and is about connecting all of these dots.”

Dorf is perhaps best-known for opening New York City’s famous jazz and rock music venue, the Knitting Factory, in 1986. After some tough financial years, Dorf no longer has a controlling share in the company after 17 years of running the acclaimed music club.

Several years after leaving the Knitting Factory, Dorf opened the first City Winery location in 2009, which over time has grown to seven markets, including Chicago, Boston, Nashville, Philadelphia, Washington D.C., and Atlanta, all while expanding their event space and winemaking capabilities.

Each City Winery makes its own wine, even though some have smaller facilities than others. The company ships its grapes from 35 vineyards, mostly in California and Oregon, and the wine then is produced in stainless steel fermenting tanks until it is transferred to kegs or barrels. 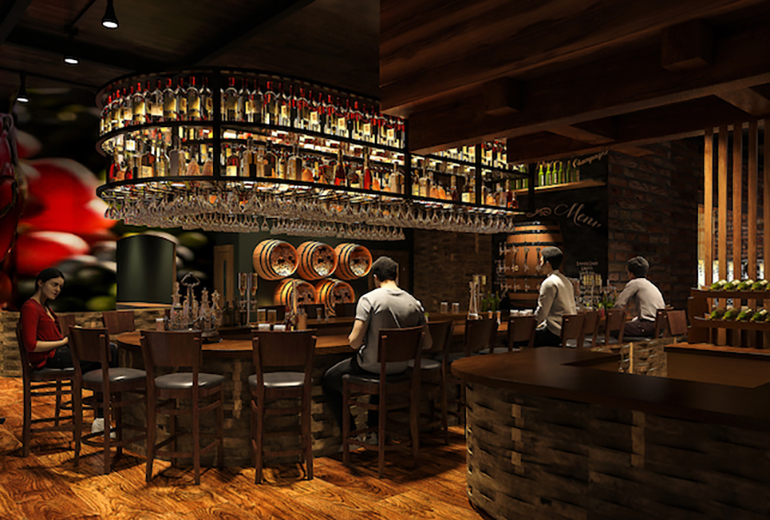 While most of their menu is wine (by the bottle or glass), City Winery also offers a wine-paired food menu of small plates, burgers, pastas, and cheese plates for their restaurant area, concert venue, and private events for an average check of $60, with alcohol. Performances at each location are scheduled daily and run the gamut from singers like Sinead O’Connor to bands including Lady Antebellum and comedians like Janeane Garofalo.

With the new leadership team, City Winery is hoping to more efficiently manage its expanding portfolio: chief people officer Ganju will be charged with managing human resources for the growing team, with more than 120 people added every new location. Insler, who joins the team from Patina Restaurant Group, will ramp up and direct marketing and brand efforts. Thomas, who also comes from Patina Restaurant Group, will head event sales.

The fact that most of the City Winery executive team is now compromised of women does not escape Dorf:

“It’s the way it worked out which is great and but I wish it did not even have to be pointed out because it should be the default,” Dorf said, pointing out that they only have one non-minority, English-speaking white man on the executive team.  “You’re [used to seeing] older white guys in charge.”

With his new team in place, Dorf is looking to expand smartly. After the next two locations open in 2020, he is looking to tap into five new markets over the next five years: Toronto, Denver, Los Angeles, London and Miami. 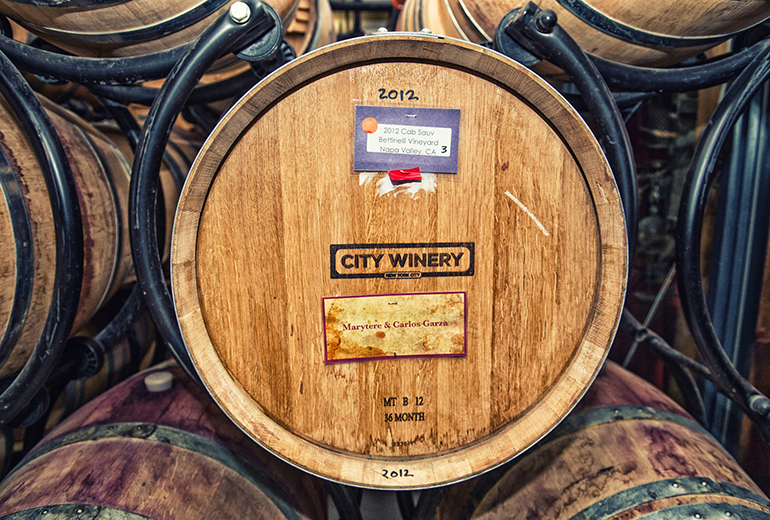 In addition, they plan to develop a smaller footprint concept that will be about 25% the size of the current City Winery locations. The smaller spinoffs will have a simpler winery and a more intimate concert space. Dorf said that he sees the smaller spinoff as a strong fit for secondary or tertiary markets like Cincinnati, Pittsburgh and Charleston, with a goal of 20 to 30 locations over the next five years.

“I want to still personally site select moving forward,” Dorf said. “It’s hard to give responsibility to someone else and I have not found anyone better at this than me thus far. I’m trying to tie all the pieces together from the top-down, while running the show is in the hands of the team.”

Dorf also said that in order to push forward this expansion agenda, City Winery will be announcing its first round of financing this summer.

Before that next step, City Winery is poised to open their newly renovated flagship this April in New York City, which moved west to the far-west Chelsea area to a 32,000-square foot former marine terminal, with the main concert venue having wraparound opera house-style balcony seating and an unobstructed views of the Hudson River.

“I feel extremely proud of the mature growth we’ve accomplished,” Dorf said. “Now we’re poised to really grow in a bunch of new markets in a smooth way, not in a herky-jerky way, which is what happens when you’re growing too fast.”

New on the Menu: Restaurants, closed due to coronavirus, develop new food and drink items
Apr 03, 2020

New on the Menu: Items made just for takeout and delivery from restaurants
Mar 20, 2020