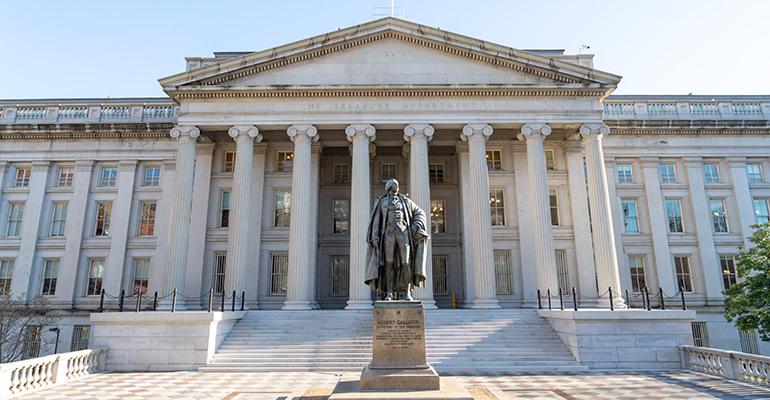 DoraDalton / iStock / Getty Images Plus
The Treasury Department has approved a streamlined application to make the process easier for smaller loan recipients.
Operations>Finance

The Small Business Administration has just released a simplified loan forgiveness application for PPP borrowers of less than $50,000

While loan forgiveness is not guaranteed, the application makes the process easier for small business loan borrowers

The Small Business Administration released on Thursday a new streamlined loan forgiveness application for Paycheck Protection Program borrowers of less than $50,000 after applications for PPP loan forgiveness were opened on Oct. 2. Designed to target small businesses that are still struggling during the pandemic as they near the end of their covered loan period, the application – which has been reduced from 12 pages to two — is supposed to make the forgiveness process simpler both for borrowers and lenders.

While applicants still have to be approved to receive forgiveness, borrowers of less than $50,000 now have to provide fewer calculations and less paperwork to be approved for loan forgiveness. Specifically, business owners no longer have to break down exactly how they are following the rules of the PPP loan, which requires businesses to spend at least 60% of the loan on payroll otherwise they are not eligible for forgiveness. The SBA can still request more information for the loan forgiveness to be approved, however, according to the interim final rules released Thursday.

“Today’s action streamlines the forgiveness process for PPP borrowers with loans of $50,000 or less and thousands of PPP lenders who worked around the clock to process loans quickly,” U.S. Treasury Secretary Steve Mnuchin said in a statement. “We are committed to making the PPP forgiveness process as simple as possible while also protecting against fraud and misuse of funds.  We continue to favor additional legislation to further simplify the forgiveness process.”

The federally funded Paycheck Protection Program expired on Aug. 8 and loaned out $525 billion in total to small businesses across the country. SBA officials said in September that they had already received 96,000 applications for loan forgiveness so far and anticipated “PPP loan forgiveness decisions and payments” to begin flowing in October.

But although the streamlined application is a welcome simplification for small businesses, there are multiple aspects of the process that industry insiders wish would have been included. Brad Thaler, vice president of Legislative Affairs for the National Association of Federally Insured Credit Unions, was initially advocating for automatic loan forgiveness for loans of $150,000 or less, but the simplified application that the SBA announced is neither automatic, nor does it cover larger loans above $50,000.

“PPP borrowers will have to submit payroll, rent and lease payments and utilities to their lender and share all documentation, so that’s challenging but simplifying the process is step in right direction,” Aaron Frazier, the Director of Healthcare and Tax Policy told Nation’s Restaurant News. “Initially, there was House Republican plan that streamlined loan forgiveness for $350,000 or less and Senate Democrats had a version in that ballpark. The consensus was eventually $150,000 or less, so we want to continue to advocate for that streamlined loan forgiveness process [for larger loans].”

He also pointed out that the new streamlined application process does not solve the issue of small businesses being on the hook to pay taxes on expenses incurred from their forgiven loans. As Frazier explained, this issue was meant to be resolved in both forms of the HEROES Act but was never addressed, and as of right now, business owners that have received PPP loans will have to pay taxes of as much as 20-30% on payroll, rent and utilities, when those are normally tax deductible.

“If you’re a mom and pop diner and you receive $100,000 for a PPP loan and […] you counted every last dime, well now you’re going to have to pay taxes on your payroll during a pandemic,” Frazier said. “It’s a rude awakening for restaurants trying to survive in the middle of a pandemic.”