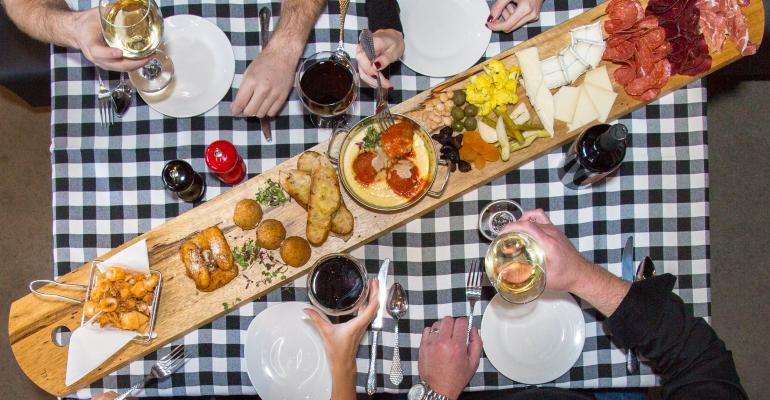 “I have always had a strong affinity for the Italian food segment, and it has taken time to find the right concept ready for national expansion,” Andrew K. Smith, managing partner and cofounder of Savory Fund said in a statement. “The Sicilian Butcher is the best all-around concept poised for scale. Investing behind Joey’s abilities to create one-of-a-kind experiences is a win-win. I have never met someone like him in the industry. I’m honored to partner with him again.”

Founded in 2018, the Sicilian Butcher’s unique three-unit, Arizona-based concept is known for its family-style meat and cheese platters, bruschetta boards, and build-your-own meatball platters. The Sicilian Baker’s three locations are attached to each Sicilian Butcher restaurant and offer up a cannoli bar, Pasticceria, and homemade gelato.

“Savory just started speaking with an Italian accent!” co-owner Joey Maggiore said in a statement.  “The time for The Sicilian Butcher to explode is now. I can’t wait to have my father Tomaso’s legacy all over the country. He would be so honored.”

Moving forward, the Maggiore and Savory team hopes to rapidly expand The Sicilian Butcher into new markets including the Dallas, Houston, and San Antonio markets in Texas, as well as Las Vegas, with a long-term goal of opening 20 units over the next four years.