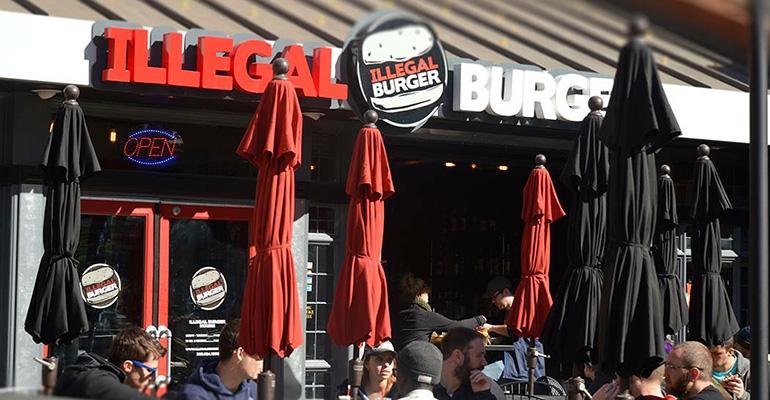 Company plans to raise equity for growth and launch franchising

The parent to the fast-casual Illegal Burger + Bar chain has become a publicly traded company through a reverse acquisition, the company said Saturday.

Nixon Restaurant Group Inc., or NRG, which owns four Illegal Burger units and one full-service Mexican restaurant called El Señor Sol in Denver, has completed a reverse acquisition with West Coast Ventures Group Corp., a company that developed online games. NRG took over the corporate entity, but it will no longer be in the Internet gaming business.

The combined company trades on the OTC Markets under the symbol WCVC.

James Nixon, NRG’s CEO, said in a statement, “Becoming a public company is going to help propel us into a national brand, and this reverse takeover places us in an even stronger position to branch out into new markets.”

With the move, the chain plans to raise enough equity to open units outside Denver and begin the process of franchising the concept, the company said.

Illegal Burger is known for its use of never-frozen meat raised without the use of antibiotics or added hormones, house-made sauces and fresh-baked buns. Every location includes a full bar, including boozy adult milkshakes. About 15 percent to 20 percent of sales comes from the bar, said Nixon.

Update: Oct. 16, 2017 This story has been updated with additional information.