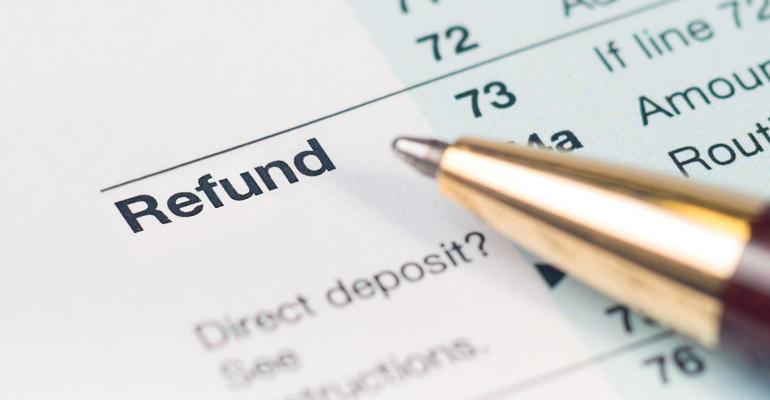 michaelquirk/iStock/Thinkstock
There are other options if you were unable to get a Restaurant Revitalization Fund.
Operations>Finance

Accountant Stephanie O’Rourk gives tips on what you should know after spending your RRF grant, and what to do if you were not approved for one this time around

The $28.6 billion first round of the restaurant Revitalization Fund has not only been snatched up very quickly, but the U.S. Small Business Administration also faced some legal challenges that required rescinding promised funds.

Whether you’ve already received your funds, were not approved or are still waiting, CPA and CohnReznick partner Stephanie O’Rourk has some answers on what businesses should do at this stage of the game while they wait for the proposed $60 billion second round of the Restaurant Revitalization Fund that has just been introduced to Congress.

For those that did receive a Restaurant Revitalization Fund, what do you think they need to know moving forward? And what terms and reporting requirements should they know?

First and foremost, they need to understand the permissible expenditures associated with what they could use it for. There is also going to be an annual reporting requirement to say exactly what was expended. They have until March 2023 to spend the money. So they’ll have to potentially report three years of expenditures, and they will have to have those supporting documentation — invoices, canceled checks, bank statements, verification payments, verification of use of funds — that they're being used for permissible expenses. It’s more important than ever to keep good books.

What about if you’ve received both a Restaurant Revitalization Fund grant and a PPP loan? How do you keep tabs on both expenditures?

There's going to be probably some overlap between the two programs. And they have to make sure that they're not double dipping, and strategizing between the two, because obviously, they want full forgiveness. And many operators are eligible for the employee retention credit, which expires in 2021 and there's no double dipping allowed between any of these programs as it pertains to the expenses in the wages and health care expenses. So not only do you want to make sure you’re not double-dipping, but you also want to strategize how you can get the best bang for the buck with each program.

How do you make sure your spending is balanced between these grant and loan programs, if you do have both?

Where the SBA really got the Restaurant Revitalization Fund right is there are no required percentages on what you have to spend the money on like the PPP loan […] And there's not much you can’t spend that money on. So if you got PPP too, you might concentrate on utilizing those funds for at least 60% of your payroll and then you would take your restaurant revitalization grant money and maybe use that for food costs, rent or operating expenses […]

It’s really concentrating, first and foremost, on where you have those parameters. And then working around them. So, from the accountant’s point of view, you probably want to set up separate general ledger accounts that are really delineating between how you're spending that money between the two programs, if you've received both programs.

Is it easier to comply with the Restaurant Revitalization Fund or PPP?

What is your advice to restaurants that did not receive a Restaurant Revitalization Fund—particularly those that were supposed to receive one?

If they're eligible, I would definitely take advantage of the employee retention credit, it is a substantial substitute. And to the most, I also think CPAs are great, and most restaurants would be eligible to participate. And make sure that they're taking advantage of those credits that are available to them. There’s tax implications associated with it, but cash is cash.

Another option is the economic injury disaster loan: they increased it from $150,000 to $500,000. It's a very low interest rate loan: 3.75%, over 30 years. […] There are certain restrictions that people should be aware of before they sign the dotted line, and they should really read through the long documents.

What are your suggestions for those whom the PPP and/or RRF has not been quite enough to pay off any COVID-related debts?

I would look to see if there are any grants in their localities, wherever they're located which could help you repay some you repay some of those debts. […] think about consolidating some of your debt, you know, especially some of their higher interest rate debt, […] work out deals with your landlords on revising your leases. That's something that they should be looking at, for short, you know, maybe an extension on the lease, rent deferrals, etc. […]

I think a lot of operators made lemonade out of lemons. And they operate their business a little bit differently. And they found they do operate more efficiently and effectively. And I think the ones that will, unfortunately, not be able to get that additional aid, whether it be government relief, whether it be from a PPP, or the Restaurant Revitalization Fund, will have to be implementing best practices and technologies that they might have been under utilizing, to understand their numbers better or to touch customers or to operate the business differently.

Do you think the second round of RRF is coming?

There are positive signs that indicate to us it may happen. There is bipartisan support. Hopefully they’ll vote on it sooner rather than later.