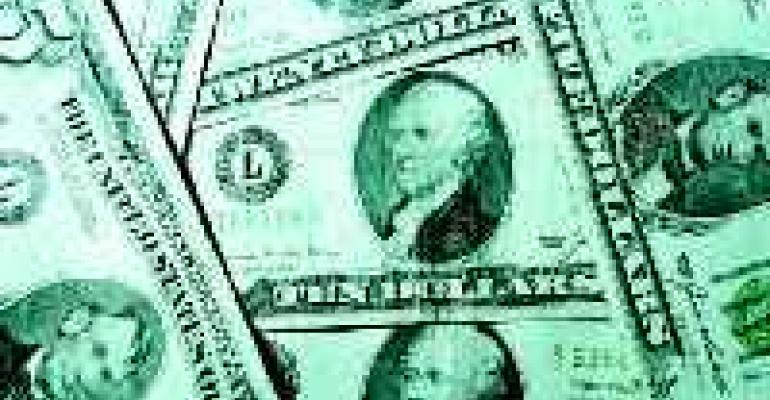 A Cure for Your Insurance Ills

No end seems to be in sight. Double-digit increases in health-insurance premiums have become the norm. If you're like most restaurant owners, you're fighting what sometimes looks like a losing battle against the onrushing tide of rising health-care costs.

Steve Makris, co-owner of three restaurants in the Philadelphia area, rolls his eyes when asked about his health insurance costs. "We're paying $3,600 per month for coverage for the three partners' families and one individual," he says.

While this problem isn't likely to disappear entirely, the Health Savings Account (HSA) legislation signed into law by President Bush a little over a year ago offers Makris and many others the possibility of dramatically reducing their costs for staying healthy.

In their first year on the market, HSAs attracted thousands of individuals and business owners eager to escape the runaway costs of health insurance. Now, about 1.5 million people are enrolled in HSAs. William Boyles, publisher of an industry newsletter, predicts that 20 million people will be enrolled within five years.

The new law makes Health Savings Accounts (HSAs) permanent and available to everyone—individuals, business owners and employees. And don't confuse HSAs with their predecessor, the Flexible Savings Account. HSAs are the next generation of tax-favored medical insurance.

Here's how they work: HSAs come in two parts. First you must purchase a low-cost, high-deductible health insurance policy available through a growing number of providers including such giants as Aetna, UnitedHealth Group, Blue Cross and Golden Rule Insurance.

In conjunction with the insurance policy, you open a dedicated savings account in which you make tax-deductible deposits to pay for your medical care. Each year, you may deposit up to the amount of the deductible on your policy. You then use the money in the account to pay for your medical care. Once your expenses reach the amount of your deductible, the insurance policy kicks in.

Let's say restaurant owner Susan enrolls herself and her family in a plan with a $5,250 deductible policy. She then deposits $400 (tax deductible) per month in her health savings account. That year, her family's out-of-pocket medical expense, paid from funds in her HSA, comes to $3,200. Since her total deposits for the year were $4,800, the balance of $1,600 rolls over in the account. It compounds taxfree (as long as it is used to pay for qualified medical expenses).

As the money in the account grows, it becomes a resource available to cover the cost of routine or future medical care. This is an important feature that makes HSAs far more attractive than their predecessors.

In another example, pizzeria owner Dominic enrolls in a similar plan with the same deductible. He also deposits $400 per month in his tax-favored HSA savings account. However, one of Dominic's children had expensive surgery, raising the family's total medical expense for the year to $15,500. Once Dominic's out-of-pocket reached the family deductible of $5,250, the insurance paid the balance of $10,250. In this case, the HSA protected the family against a catastrophic medical expense.

In addition to its tax incentives, HSAs offer control over the choice of doctors and eliminate the often-troublesome referral requirements of some health plans. Money that accumulates in tax-free HSAs is immediately available when you need it to pay for medical care.

Current law requires a health insurance policy with a deductible of at least $1,000 for individuals and $2,000 for families to open a HSA. The law also limits the maximum out-of-pocket expenses (i.e., deductible + any co-insurance) to $5,100 for an individual and $10,200 for a family. Therefore, if there is a health insurance plan with no co-insurance, the deductible can be as much as $5,100 or $10,200 for individuals and families, respectively.

Golden Rule Insurance Co. was one of the first providers of HSAs. Today, one out of every three plans purchased from Golden Rule is a Health Savings Account. "Our customers have accumulated more than $116 million in their tax-advantaged savings accounts," says Golden Rule spokesperson Ellen Laden.

"As to who's buying, self-employed men and women, families with children and early retirees are leading the way," says Laden. "We feel the reasons why are clear: premiums typically 45% to 55% lower than traditional plans, discounted health-care costs through preferred networks, one annual deductible per family and the four percent annual interest that Golden Rule pays on health savings." Golden Rule's current deductibles for HSA policies are $1,000, $1,750 and $2,650 for singles and $2,000, $3,550 and $5,250 for families. "Our Golden Rule HSA 100 pays 100% of covered medical expenses once the deductible is met and there is no co-insurance," says Laden. The policies of other providers offer similar, but not necessarily the same, provisions.

The tax advantages of Health Savings Accounts along with control over choice of doctors makes them appealing to small business owners and the self-employed as well as the uninsured. According to the IRS, three out of every four people who purchased an HSA policy in the first year were previously uninsured.

"Nearly all of the policies I sell now are HSAs," says Tom Rogala, Custom Benefit Solutions, Northville, MI. "All of my plans provide 100% coverage after the deductible. I can't imagine why any business owner or individual would want to go any other route."

Rogala, an independent health insurance broker, says that many of his clients are small business owners who need coverage for themselves and would like to make coverage available to their employees at little or no cost to themselves. HSAs make that possible.

"A business owner can sign up for an HSA for himself and his family and make them available to any employee on a voluntary basis," says Rogala. "That way, the employee deals directly with the provider. The employer is not involved and makes no contribution. The employer can also sign up for a group plan in which the company pays a portion of the cost for each covered employee."

The required employer contribution for group plans varies by state. In Michigan, employers must contribute a minimum of 25% of the cost of the high-deductible insurance policy. "That's still a lot less than it would cost the employer for any other type of plan," says Rogala.

How much can an HSA save as compared to more traditional healthcare plans? "It's a huge savings opportunity. An HSA can be as much as 30% to 50% cheaper," says Daniel Batty, a financial advisor at Wienken & Associates, Exton, PA.

Rogala tells of one of his clients, a small business owner who was paying $900 per month to cover himself and his family. "With his HSA, his cost is $250 per month for the high-deductible insurance policy. Plus, he deposits $295 (tax deductible) in his health savings account to pay for medical care as needed. If his costs for the year exceed the amount of his deposits, the insurance kicks in with 100% coverage. If his costs are less than his deposits for any year, the balance will roll over, accumulating a kitty to pay for future care."

According to the Council for Affordable Health Insurance, early data suggests that 43% of HSA applicants were previously uninsured. About three-quarters of the plans are bought by families with children and incomes less than $50,000 per year.

As might be expected, not everyone is enthusiastic about HSAs. Skeptics argue that the high-deductible policies will deter some from buying an HSA plan and that others will be reluctant to dip into their HSA funds to pay for medical care with what amounts to their own money. At a congressional hearing in the spring of 2004, Rep. Pete Stark said that he believed that high-deductible plans are not consumer-driven. "They simply shift costs to so-called consumers who pay more out of pocket."

"That's ludicrous," says Tom Rogala. "My files are full of examples of individuals who are thrilled with the savings and the service they're getting through their HSAs. Knowing what I know after 15 years in this business, I just can't imagine that there is a better deal available to consumers today."

One disadvantage for some prospective enrollees is the reluctance or refusal of some insurance providers to issue policies to people with serious preexisting medical conditions.

Still, despite the reluctance of some to jump on the HSA bandwagon, there is no denying the rapidly growing popularity of this new approach to healthcare insurance. Employees like the way HSAs give them more choices and more control over their health care. Small business owners say they like HSAs because they help control spiraling healthcare costs. As a business owner, you may well benefit from a comparison between an HSA and your present health insurance for you and/or your employees.

William J. Lynott ([email protected]) is a former management consultant and corporate executive who writes on business and financial topics.