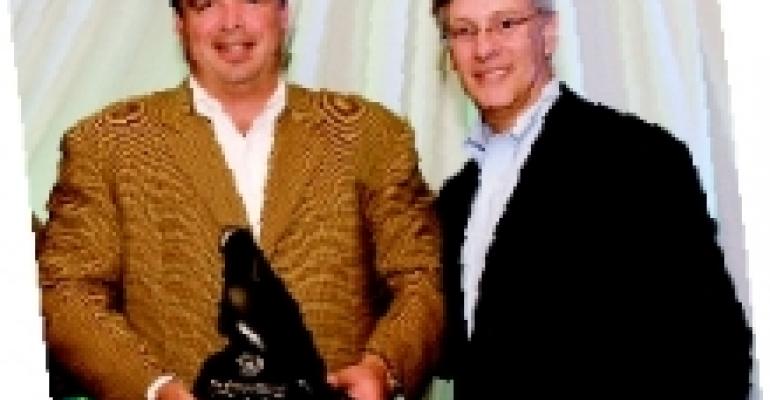 When we asked Rich Melman five years ago to lend his name to our Concepts of Tomorrow Award, we understood then that he takes a different tack than those who give birth to a great concept and grow that concept into a regional or national chain.

Melman, the genius behind Lettuce Entertain You Enterprises in Chicago, has such a fertile mind that he chooses to create one great concept after another. It's for this reason that the award—The Richard Melman Concepts of Tomorrow Award—bears his name.

The 2005 winner of the Melman award, presented during a grand dinner at this year's Concepts of Tomorrow Conference, more closely mirrors Rich Melman than any other past recipient of the award.

Cameron Mitchell is the guiding force behind nine different concepts in seven states. This he accomplished in a mere 12 years under the banner of Cameron Mitchell Restaurants, a $100 million company.

But it was Mitchell's decision several years ago to take just one of his concepts— Mitchell's Fish Market—and develop it into a growth vehicle. The concept, which currently consists of 14 units, is growing at a rate of three to four units a year, with each averaging $5 million in sales.

The editors of RH are convinced that Mitchell, at a mere 42 years old, has unlimited potential as a multiconcept operator and as the entrepreneurial force behind a Concept of Tomorrow.

Before accepting his Melman award at night, Mitchell kicked off the conference agenda. He told a packed audience that the key to his success and the success of Cameron Mitchell Restaurants is a strong culture that lives by three principles—be passionate, maintain your integrity at all times and believe in and trust your people.

Those principles, not so coincidentally, have made Rich Melman the icon he is.