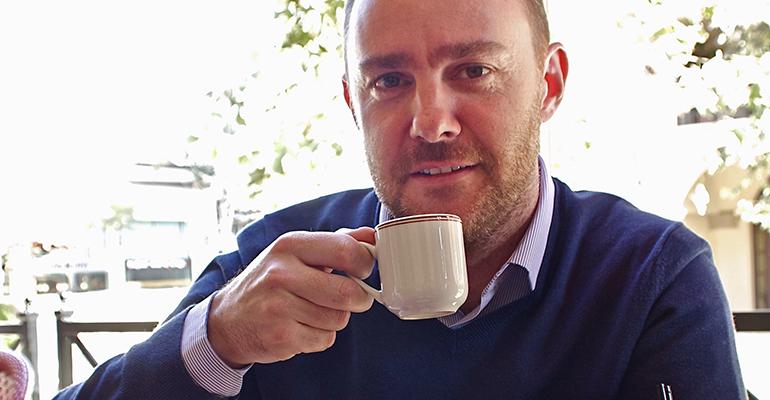 Stephane Bombet says he isn’t opening as many restaurants as he used to. That said, his Bombet Hospitality Group recently debuted two noteworthy additions to the Los Angeles dining scene, doubling the number of restaurants in his portfolio.

Bombet is behind the upscale Viviane, which opened in October in the Avalon Hotel in Beverly Hills, as well as the Korean barbecue spot Hanjip, which opened in November in Culver City. A second Hanjip is in the works for downtown Los Angeles later this year.

The group also includes the restaurants Faith & Flower and Terrine, both of which opened in 2014.

“There are just too many restaurants opening right now,” he says. “It’s dangerous. The demand isn’t growing as much as the restaurants. That’s why so many are closing down.”

Instead, Bombet has built a restaurant group that includes partnerships with three hot chefs, and he hopes to build a portfolio around that talent and expand their exposure.

Faith & Flower, for example, opened in April 2014 in partnership with chef Michael Hung, who worked previously at restaurants like Daniel and Aquavit in New York, as well as La Folie and Jardinière in the San Francisco Bay area.

Hung is also helming the kitchen at Viviane, which features refined continental cuisine in a laid-back atmosphere, with dishes served family style. There are classics, like Duck à l’Orange and Lobster Thermador, as well as dishes to which Hung adds a California twist, like the soft-cooked duck egg on caramelized endive with roasted corn and quinoa.

Hanjip was developed with Chris Oh as a more casual concept.

With Hanjip, Bombet hopes to make Korean barbecue more accessible to a wider audience. Los Angeles’s Koreatown is crowded with all-you-can-eat barbecue joints with an under-$20 fixed price.

“If you go to an all-you-can-eat barbecue the quality is so bad,” he says. “Hanjip is about $30 per person but we’re elevating the experience. The décor is beautiful and it’s very good service, and we serve prime beef and pure pork. You get something great for your buck, for sure.”

Before launching Bombet Hospitality Group, Bombet was known for his partnership with chef Ricardo Zarate. The two opened several restaurants, including Test Kitchen in 2010, followed by the Peruvian concept Picca, the food-court-concept-turned-full-service Mo-chica and the heralded Paiche in 2013 before the two parted ways. Bombet sold his end of the business in 2014 to start again.

Bombet’s philosophy of running restaurants is straightforward: “We want to create a good experience for customers. It comes from the décor to the food to the concept. I just want to create something I believe the customer will enjoy.”

When asked what trends were hot in Los Angeles right now, Bombet says, “I don’t believe in trends. I believe people want to eat in a beautiful restaurant with beautiful food based on how much money they want to spend.”

At the end of the day, Americans love steak and potatoes, he says. “If you look at the biggest revenue restaurants in America, it’s steakhouses. People want steak and potatoes. They don’t want to reinvent cuisine every time they go out for dinner.”