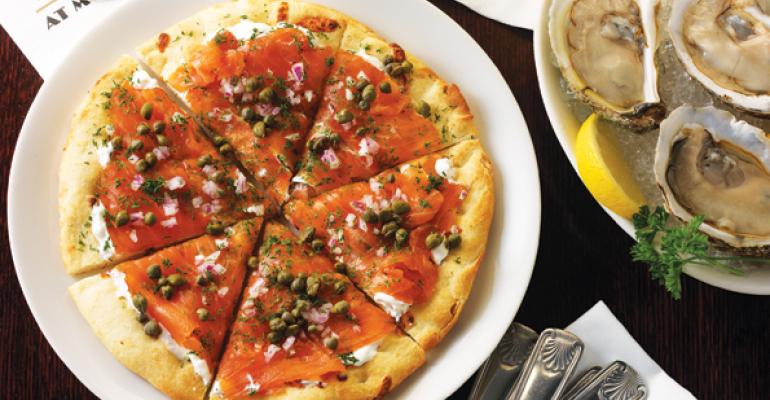 Snacking grows in practice and scope

Despite recent reports that Americans seem to be making better food choices, we continue to be a nation of snackers. According to research firm Technomic, snack consumption is on the rise, with half of today’s consumers (51 percent) owning up to at least two snacks a day—up from the 48 percent who said the same in 2012. And about a third of consumers (31 percent) told Technomic they’re snacking more frequently than they were just two years ago.

Not only are consumers snacking more often, they’re broadening their definition of a “snack.” These days, a wider range of foods—and beverages—are now viewed as snacks, and convenience stores and other retailers are sparking competition with restaurants in order to meet the growing demand.

“Snacking occasions represent a growth channel for restaurant operators,” says Darren Tristano, executive v.p. of Technomic. “The retail market is aggressively promoting snacks, but there’s plenty of room for restaurants to expand their snack programs and grab share. By providing more innovative, healthy and easily portable snacks, and boosting variety, restaurants can position themselves to increase incremental traffic and sales—particularly among a younger customer base.”

• Forty-five percent of consumers who order snacks at restaurants order from the dollar or value menu.

• Fifty percent of consumers indicate that healthfulness is very important to them when choosing a snack.

• Portability is key: 60 percent of today’s consumers, compared to 55 percent in 2012, cite portability as an important or extremely important factor when choosing a snack.