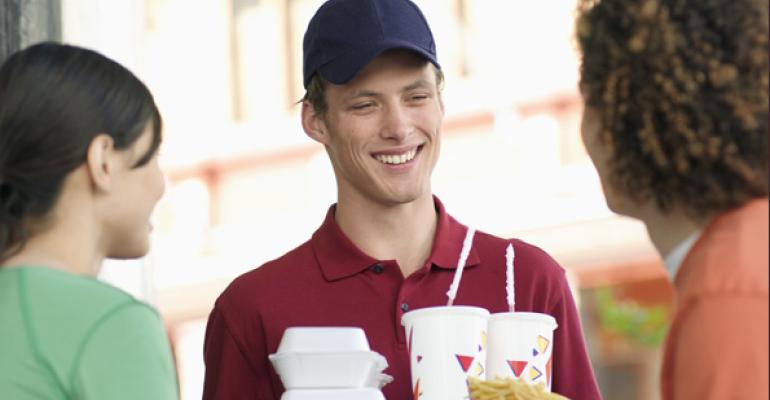 Minimum wage initiatives will hit the ballot this fall

Seattle’s $15 per hour minimum wage mandate could be just the beginning. The National Restaurant Association reports that other cities and states may soon follow suit.

Citizens of Alaska (a raise to $9.75) and South Dakota (a jump to $8.25) will vote on minimum wage increases this fall. Similar measures may also be on the ballot in Arkansas and Nebraska. However, signature-gathering to force a vote on the minimum wage issue in Idaho and Missouri failed. Similar efforts in Massachusetts and Michigan were abandoned after legislatures in both states passed bills that increase the minimum wage.

At the city level, Eureka, CA (a boost to $12) and San Francisco (up to $15) will have this issue on their ballot this fall. Still to be determined: whether San Diego; Las Cruces, NM; and Oakland, CA will put the issue before voters this November.

Boston Market is entering the gourmet burger wars via a limited-time offer of a BLT Rotisserie Chicken Burger.

Sooner or later 459-store Boston Market is going to find a way to return to the era of nonstop growth it enjoyed in the early 1990s. Its latest move battles fast casual burger chains head-on, as this Wall Street Journal video notes:

Boston Market’s $6.99 sandwich features a stack of cooked-on-the-bone chicken topped with applewood bacon, lettuce, tomato and roasted garlic avocado aioli, served on a sesame brioche bun. For another $2.49, customers can add a drink and one of the chain’s tasty sides—a key point of competitive difference.

“We wanted to serve a burger with real rotisserie chicken. It’s chicken that was just cooked in our ovens in our restaurant,” says Boston Market c.e.o. George Michel. “It’s not a patty that was made in a factory and then put on a grill.” The sandwich will become a permanent part of Boston Market’s menu if it works as a LTO.

Videos are taking the mystery out of the tasting menu experience and convincing less-adventurous customers to order it.

You wouldn’t think a restaurant like Alize, which provides Michelin-starred food and dazzling views at its location on the 56th floor of the Palms Casino & Resort in Las Vegas, needs much marketing help. But that hasn’t stopped the restaurant from producing this mouthwatering YouTube video, which previews its seven-course tasting menu:

Why a video? Hardcore foodies will readily spring for the $135 tasting menu (wine pairings $95 extra) at Alize. But other potential patrons may wonder what the tasting menu’s food looks like, how much of it there will be and whether the whole deal is worth the pricey tab. Just about anyone who views this video will be eager to partake in the Alize tasting menu experience—it’s that good.

Growth is tough to come by in the restaurant industry these days—unless you enjoy the economies of scale that now accrue to large franchisees.

That’s the lesson of the Monitor 200, Restaurant Finance Monitor’s annual ranking of the largest 200 restaurant franchisees. This group’s revenue grew nine percent in 2013, dwarfing that of the overall restaurant industry. “This period of consolidation among restaurant franchisees is almost unprecedented," the magazine notes. "A number of these companies operate more units or have more revenues than most restaurant brands."

A group of former students claim they were misled by the International Culinary Center in New York City and have filed a lawsuit seeking punitive damages. Their gripe: they don’t earn enough to repay loans their school loans.

It’s not the first time disgruntled students from a for-profit culinary school have raised this issue. The Le Cordon Bleu College of Culinary Arts in Pasadena agreed to a $217,000 settlement in 2013. The owners of San Francisco-based California Culinary Academy settled a class action suit filed by its students for $40 million in 2012 citing similar complaints. You can read the ICC lawsuit here.

Culinary schools provide a steady flow of well-trained kitchen employees at no cost to operators. If this supply dries up in a labor market like we’re in now—the unemployment rate has fallen to the lowest rate since September, 2008 and new unemployment claims are at their lowest level since June 2007—restaurants would have to scramble to find qualified applicants for kitchen work and then spend time and money to train them.

0 comments
Hide comments
Recommended Reading
How viral videos can work for you
May 30, 2013