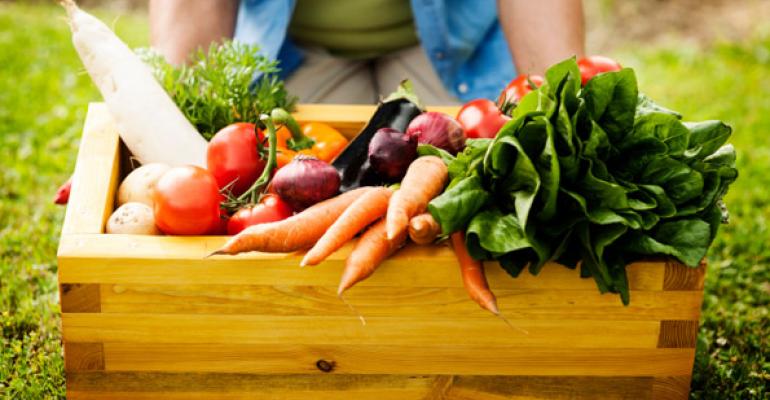 Restaurants expected to pay more for beef, but other commodities are likely to take a hit from the weather as well.

Thinking about sourcing produce from farmers in your immediate area? Your time may have come. If weird weather patterns persist, nearby growers might be the only ones able to supply many of the items your restaurant needs at a price you can afford.

The problem: Lingering drought means there may not be enough irrigation water to go around this year for the California growers who supply the bulk of the fresh produce for restaurants. Factor in high beef prices and it’s looking like many operators could struggle to keep food costs in line during 2014.

You can’t say the U.S. Department of Agriculture forecasters didn’t warn us that food prices might take off. For the most part, the agency’s Food Price Outlook, 2013-14 called for the kind of low-single-digit price increases with which restaurant operators can live. The lone exception was beef, destined to cost more because herd sizes have shrunk of late while demand has not.

However, the USDA did throw in this qualifier when it released its outlook in early January. “This forecast is based on an assumption of normal weather conditions; however, severe weather events could potentially drive up food prices beyond the current forecasts. In particular, the ongoing drought in California could potentially have large and lasting effects on fruit, vegetable, dairy, and egg prices.”

Since then, severe weather events are mostly what the country has had. The polar vortex hit restaurant operators hard because many potential customers didn’t want to leave their homes to eat. But it didn’t have much of an effect on the supply and cost of most food items restaurant operators use. Even the citrus crops in Florida came out okay.

But the scope of the drought in California has continued to grow. The U.S. Bureau of Reclamation announced there would be no federal irrigation water this summer for California’s Central Valley, the prime growing area in the country for many key crops.

It’s not just beef and produce that could cost more than anticipated this year. Pork, dairy, lettuce, cheese, bread and many other items could face pricing pressure in 2014. Some of those increases are already showing up at the retail grocery level.

Close thinks part of the problem is the way beef production is set up.

“Under the existing business model, the U.S. cattle industry manages all fed beef as if it were destined for the center of the plate at a white table cloth restaurant,” he notes. “The industry is, essentially, producing an extraordinarily high-grade product for consumers who desire to purchase a commodity. More than 60 percent of U.S. beef consumption is ground product. If the U.S. cattle industry continues to produce ground beef in a structure better suited to high-end cuts, the result will be continued erosion of market share.”

But the supply/demand pendulum for beef may soon swing the other way. As Southwest Farm Press reports, “livestock producers are experiencing record high meat prices and the lowest feed costs in years. This is a recipe for herd expansion and increased feed use.”

All restaurant operators can do right now is to keep an eye on their food costs as they wait for prices to level off and perhaps return to normal. But you might consider praying for more rain in California to help speed this process along.