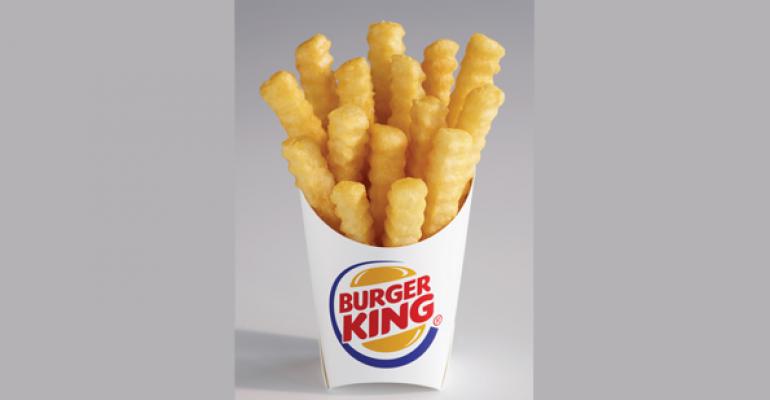 Study of menus suggests change is too slow

Collectively, the restaurant industry talks a lot about offering guests more healthy choices. But researchers from the Rand Corp. and the University of California-Davis researchers say any change is almost imperceptible and is undercut by the proliferation of of high-fat, high-calorie options.

A Los Angeles Times report summarized the researchers' review of more than 26,000 entrees at 213 chain restaurants, and said it shows a lack of “meaningful changes in the average energy [calories] or sodium content of entrees between 2010 and 2011.”

“Restaurants make changes to their menus regularly, but they may make both healthy and unhealthy changes simultaneously,” one of the researchers observed, citing Burger King’s rollout last week of lower-fat, lower-calorie Satisfries. That introduction nearly coincided with the debut of a french fry burger, a $1 burger with fries (and 360 calories) built in.

The National Restaurant Association’s head nutrition expert, Joy Dubost, weighed in shortly after the study’s release by pointing out that a year is a short time to reverse course. Many companies have pledged to cut calories and sodium, she acknowledged, but “some of these commitments have to take time to ensure you are bringing the consumer along,” she added.

“Ultimately, they’re the ones who will dictate what’s on the menu,” Dubost said.

Indeed, a separate analysis by MarketWatch suggests that Americans still may not want to sacrifice calories at restaurants. The analysis looked at some of the bigger health-halo foodservice flops, from Dairy Queen’s Breeze to McDonald’s McLean Deluxe.

Even when more healthful choices aren’t big sellers, however, they often provide a less-tangible boost to the bottom line. By offering healthy alternatives, they create a friendlier environment to family members who might otherwise avoid QSR operations.