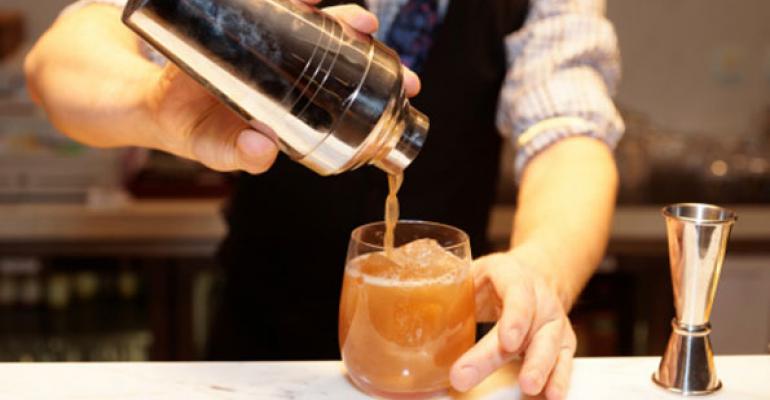 Do you mix a mean margarita? Is it mean enough to win a flight to Chicago and compete for $5,000?

It’s gonna take a little more than triple sec and sour mix, but creative bartenders interested in collecting some cold-hard cash can compete in an upcoming tequila-based cocktail competition. Regional competitions are taking place throughout March in San Diego, San Francisco, Las Vegas and New York City, and regional winners will fly to Chicago for the semifinals, which will take place during the Star of the Bar Competition at the upcoming National Restaurant Association Restairant, Hotel-Motel Show.

Here’s how you compete: Sign up online or just show up in person to a live competition in the following cities:

Once there, you’ll make a drink using Casamigos Tequila—either Blanco, Reposado or Añejo. Your cocktail will be split four ways and critiqued by a panel of judges. It will be evaluated on flavor, originality, presentation and use of tequila. Judging will be based on the following criteria: 25 percent technical skill, 50 percent taste and 25 percent sales appeal.

The winner will be crowned at the end of the day and will be asked to represent their region in semifinal competition during the Beverage Alcohol for Restaurants (BAR) Show, part of the NRA Restaurant Show, on May 17. Later that evening, three finalists will compete live at Restaurants Rock, the official after-party of the NRA Show, for the title and $5,000.

What kind of competition are you up against? In Atlanta, bartender Madison Burch of Seven Lamps won a spot in the semifinals with “Once More with Feeling,” combining Casamigos Tequila with Fresno chili-infused Sepp Zweigert, lime zest, Orgeat and Scrappy’s chocolate bitters. A semifinalist from Chicago will be selected as well, bringing the total participants in Chicago to six.

May the best mixologist win!