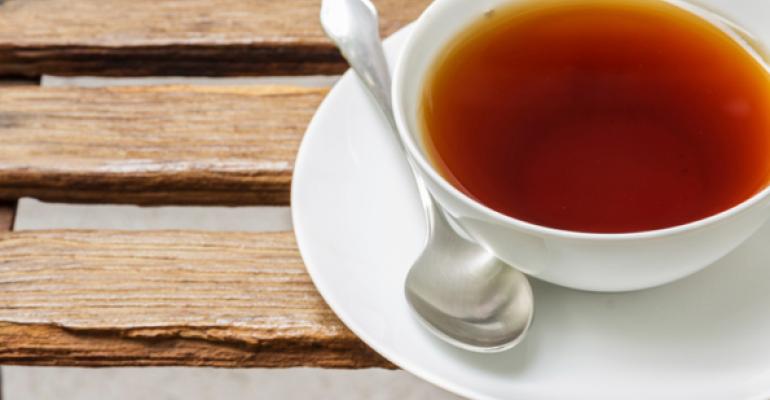 Shhhh…make it healthier—just don’t tell anyone. Under pressure from the public to clean up their act, food makers and restaurant companies are investigating ways to trim fat and salt from dishes, often with mixed success. Ironically, a Wall Street Journal article reported that a number of companies are following a “stealth health” strategy for fear of scaring off consumers.

Most restaurant owners and chefs know the reason for the secrecy. “When you tell people something’s healthy, they think it doesn’t taste good,” Boston Market chief brand officer Sara Bittorf told WSJ. Healthy products aren’t always popular, either. Salads have been available for more than a decade at McDonald’s, but only amount to about 3 percent of total sales.

Tea makers are targeting kids, according to Packaged Facts, a consumer marketing research firm. The company expects tea sales to reach $25 billion by the end of this year.

But don't expect kids to come into your restaurant asking for a cuppa. Ready-to-drink teas and liquid concentrates are considered the best weapons for tea marketers in what’s thought to be a largely untapped market. “Foodservice operators could also use tea as a better-for-you beverage in lieu of soda for kids’ meals,” Packaged Facts advises.

Union Square’s most famous tenant is moving on. Rent increases are a fact of life for many restaurant owners, and naming the restaurant after the neighborhood doesn’t protect them. That’s a lesson NYC’s Danny Meyer has learned. He won't be renewing the lease on the E. 16th Street address his iconic Union Square Cafe has rented for nearly three decades at the end of next year, thanks to spiraling rent.

Meyer has been negotiating with the building’s owner since early last year. When Union Square took over the space in 1985, the neighborhood was, putting it mildly, an area in transition, and rent was $8 per square foot, or about $48,000 a year, according to the New York Times. Today, Whole Foods and other national retailers are taking over the thriving neighborhood, and brokers believe the property could fetch closer to $650,000 a year.

Meyer promised he would relocate the popular restaurant, but “not necessarily in or near Union Square.”

After a stumble, 2014 outlook a little less rosy. Following an anemic first quarter (thank you, polar vortex), Technomic has made a downward revision in its forecast for restaurant industry growth. Instead of a 3.5-percent lift in business, the firm expects to see a gain of 3 percent for the year.

Restaurant veterans say compensation system is “broken.” Restaurant operators and chefs at the recent Food & Wine Classic in Aspen explored solutions to front-of-house/back-of-house pay inequity. Participants in the panel, moderated by television personality Andrew Zimmern, said they need to find a way to compensate everyone on their staff adequately for their hard work.

Servers benefit from tips, but chefs and the rest of the kitchen staff compensation is fixed. Michael Chiarello, chef and owner of Coqueta in San Francisco and Bottega in Yountville, CA, thinks that practice encourages servers to focus only on their customers and ignore what’s necessarily good for the restaurant.

Panelists also debated the practicality of replacing tips with service charges that would distribute the wealth more fairly.

Here's more on the Aspen scene from Nation's Restaurant News.