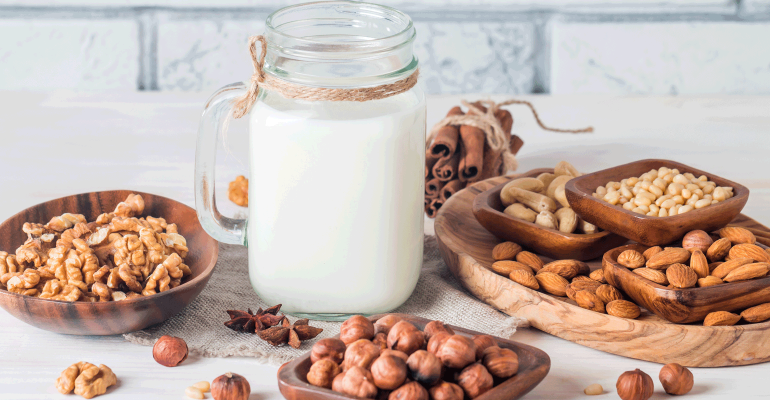 More Americans than ever are consuming non-dairy milks made from sources such as soy, almond, cashew, hemp and others. Dairy milk substitutes can also be found at many independent and chain coffee shops.

Awesome news! In addition to hempmilk & soymilk, We now have non-dairy milk Oatly in all Birch Coffee locations! https://t.co/NiA5b3OIH4 pic.twitter.com/wzyzSS5Big

According to Mintel, non-dairy milk sales have risen 61 percent since 2012, and were estimated to top $2 billion in 2017.

Almond milk, soy milk and coconut milk are the top three non-dairy milks, Mintel said, but newer varieties are also gaining popularity. Those include milk made from pecan, quinoa, hazelnut or flax. “We predict that new plant bases such as cashew and rice will allow new entrants into the non-dairy milk category to eventually surpass the soy milk segment, one of the first non-dairy milk segments to really take off with consumers,” said Megan Hambleton, a beverage analyst at Mintel.