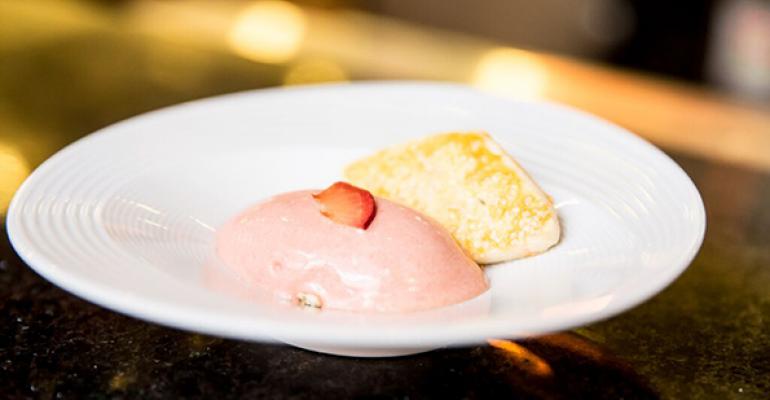 Tea-infused cocktails and tea-flavored dishes present a popular ingredient in creative ways.  According to the Tea Association of the U.S.A., last year Americans consumed more than 80 billion servings of tea. In fact, approximately 80 percent of consumers drink tea, although that figure rises to 87 percent for Millennials. Restaurants are discovering ways to move beyond iced tea and hot tea to take advantage of the flavors of tea in their cocktails and cooking.

At Argyll Whiskey Beer, a British-inspired gastropub in Denver, the restaurant’s menu is influenced by Indo-Chinese and Indian cultures. The British love of tea is evident in the presentation of a dinner entrée, the Spot of Tea ($16.50). It’s a soup of ramen noodles with vegetables and a poached egg. The dish is presented with an accompanying china teapot filled with steaming chicken and pork tea broth that is poured tableside over the noodles.

Contemporary desserts at The Keystone, set to open in San Francisco this month, include Plum & Earl Grey Sorbet. The cool dessert is paired with sage-scented shortbread.