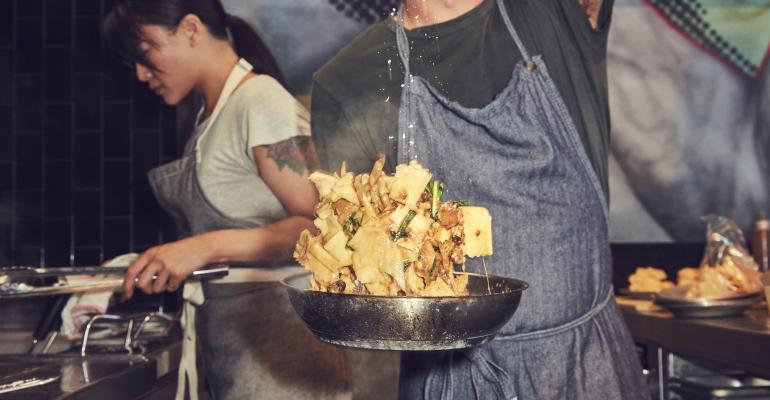 Uber Eats agrees to disclose in Pennsylvania and Washington, D.C., that in-app prices may be higher

Uber Eats this week said it would disclose to consumers in two markets that menu pricing on its platform may be higher than purchases made directly from restaurants.

The disclosure will be posted in the Uber Eats app in Pennsylvania and Washington, D.C. under an agreement with the attorneys general in the respective markets, who asked the third-party delivery provider to be more transparent about pricing.

“Online food delivery platforms can be very convenient, but hidden fees have driven up costs for consumers and hurt struggling neighborhood restaurants at the worst time. You deserve to know where your money is going and I’m pleased that by working together Uber Eats made their pricing more transparent,” said Josh Shapiro, Pennsylvania’s attorney general, in a joint statement with District of Columbia Attorney General Karl Racine.

Both Shapiro and Racine urged other third-party delivery players to follow in Uber Eats’ footsteps.

“Those that do not risk investigation and scrutiny by our offices,” added Racine.

Uber Eats officials, however, emphasized that in their case it’s the restaurants themselves — not the marketplace — that set menu prices seen on the app.

“Merchants set their own prices for items listed on Uber Eats,” the company said in a statement. “We think it's important to provide this flexibility to our merchant partners, especially during the recovery of local commerce.

“Occasionally, prices set by restaurants and stores for orders on Uber Eats differ from those used in-store, which is communicated in our app, website, and user terms,” Uber Eats officials continued. A “Menu Maker” tool allows merchants to set and adjust the pricing seen in the app.

The delivery company said it recently made changes in its merchant contract making it clear that menu prices in the app could be different from those in stores as a result of feedback from restaurant owners and operators.

DoorDash also allows restaurant partners to set pricing on the app, and suggests that in-app prices reflect in-store restaurant pricing, a spokesperson said. The company discloses to consumers that restaurants set prices, and notes in the company's "terms of service" that prices may differ between the app and restaurant, but DoorDash does not inflate menu prices.

Grubhub did not immediately respond to requests for comment about their pricing policies.

Shapiro and Racine said their goal is for consumers to be aware that orders made through a delivery app may be higher than orders made at the restaurant, but also that delivery players charge various fees in addition — and that restaurants pay a commission as well.

“Consumers who want all of their payment to be paid to the restaurant can order and pick up directly from the restaurant,” the attorneys general said.

UPDATE: This article has been updated to include a comment from DoorDash.