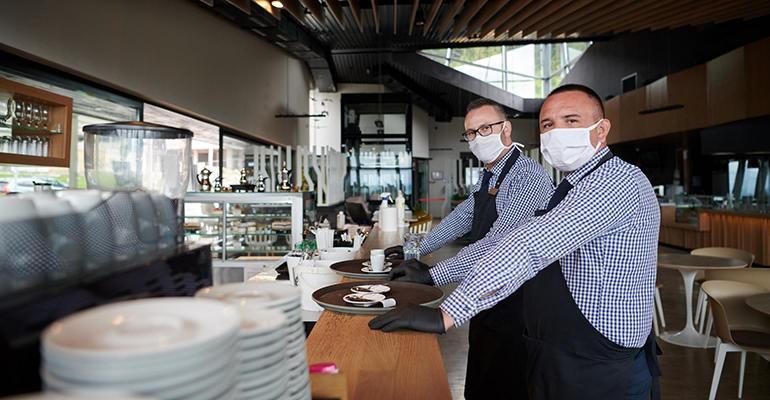 Nearly four months after the Restaurant Revitalization Fund closed, and with no word yet on whether or not Congress will vote on a second round, independent restaurant operators are starting to be pessimistic about their chances of economic survival. According to an Independent Restaurant Coalition survey of about 800 restaurant operators released on Thursday, 82% of restaurant and bar owners think they will have to close if the RRF grant is not refilled.

“Hundreds of thousands of neighborhood restaurants and bars are now teetering on the brink of permanent closure,” Erika Polmar, executive director of the Independent Restaurant Coalition said in a statement. “Over 90,000 restaurants and bars have closed since the start of the pandemic. We do not want any more to close their doors because Congress and the Biden Administration have not provided the relief they need to survive. The only thing that will save these small businesses that support 16 million jobs is refilling the RRF.”

Multiple versions of a Restaurant Revitalization Fund refill have been introduced by Congress this summer, including bipartisan legislation that would add $48 billion in emergency funding to the depleted fund. The legislation was blocked from passing by unanimous consent by Sen. Ran Paul in August, and both houses of Congress went on recess for the rest of the month, recently returning after the Labor Day holiday.

According to the IRC survey of its members, 85% of operators did not receive an RRF grant, and their rejection was underscored by the controversy surrounding the distribution of grants in May and June.

Restaurant operators reported multiple waves of previously approved funding that was rescinded by the U.S. Small Business Administration following the outcome of multiple discrimination lawsuits earlier this year. Although the SBA held a meeting for businesses effected the first time around, they never directly addressed the subsequent confusing messages business owners received as the fund ran dry.

“We took on so much debt to be able to continue what we were doing and now all those things are coming back,” Chris Shepherd, chef and owner of Underbelly Hospitality in Houston, Texas said in a statement. “Without the RRF, I’m not sure how we will figure it out. It is imperative that Congress refill the RRF so that thousands of restaurants in Houston and across the country have the chance to survive and continue breathing life into our communities […] They told me how much I was getting and I never got it."

There is no word yet on if or when Congress will vote on replenishing the Restaurant Revitalization Fund.