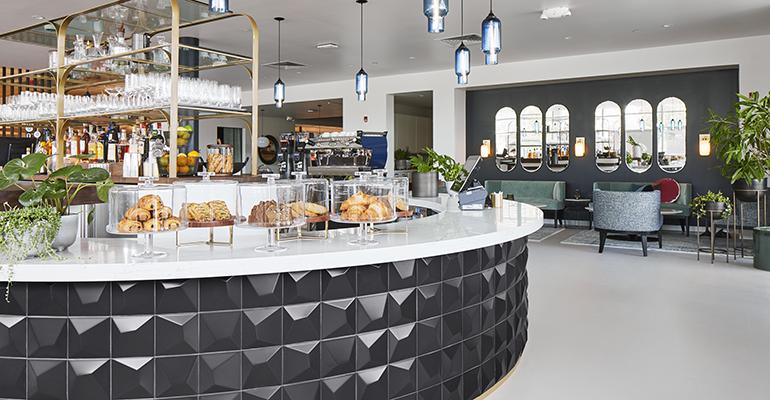 Table, a new restaurant in a Chicago-area Crate&Barrel
Trends>Consumer Trends

Why it seems like every store is a restaurant

Now Crate&Barrel and Lululemon want to steal your lunch

Retail stores and restaurants both have a traffic problem.

The rise of online shopping and the ease of delivery have kept buyers and diners at home. To get them off the couch, people want an experience. And the thinking goes, consumers are more likely to visit a restaurant with a bit of retail on the side or vice versa.

Popping a kitchen in an otherwise traditional store is nothing new, but the trend is growing and maturing as operators readily embrace collaboration with an array of different industries.

When Cornerstone Restaurant Group approached chef Bill Kim about opening a restaurant in a new Crate&Barrel outside of Chicago, his response was, "Thank God they choose me," he recalled.

"The restaurant business is hard enough," said Kim. But with a restaurant inside a store "you're attracting customers that are already here. You already have their customer base," he said.

And it's a big customer base. "Name a person that doesn't have one thing Crate&Barrel in their house,” he said. 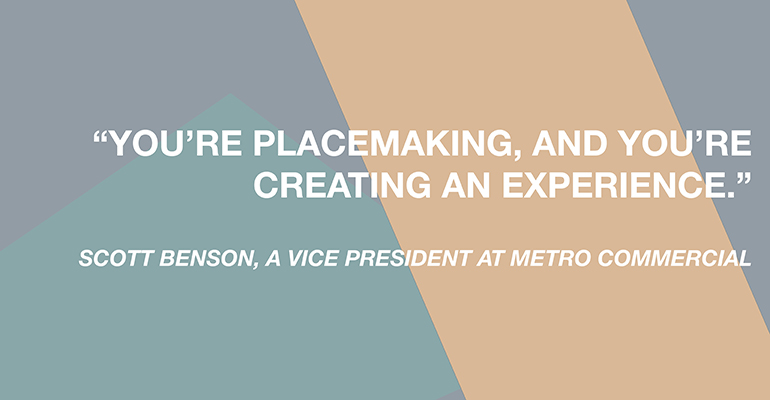 This isn't Kim's first collaboration with Chicago-based Cornerstone Restaurant Group, whose joint concepts include the Asian mini-chain Urbanbelly. Kim is also a classically-trained chef who has worked alongside the likes of famed restaurateur Charlie Trotter.

In fact, said Kim, it wasn't since his Trotter days that he had so many options for chinaware.

"We have probably 12 to 13 patterns of china. And usually at most restaurants, you might have two or three." Kim embraced the benefits of opening a restaurant alongside a home goods store, and he let the brand's aesthetics influence his cooking.  A ceramic casserole caught Kim's eye and became the inspiration for one of his favorite dishes — a deep-dish cauliflower lasagna.

An important distinction between Table and restaurants in retail stores of the past is the integration between the two concepts, said Kim. "[Unlike] a lot of places you have to go to a separate department or separate part of the store to interact with the restaurant. This is fully integrated restaurant and store together." There are three points of entry into the restaurant, and diners have a clear view of the culinary action.

"Our cooks actually see the customer," he added. "From our kitchen, we can see the entire dining room, and you could see the china section from the line."

Table, the Crate&Barrel restaurant helmed by Kim, opened in July, along with another Chicagoland restaurant/retail mashup from athletic-wear maker Lululemon. The 20,000-square-foot Lululemon outpost is a store, a gym, and cafe, serving everything from beer to smoothies. 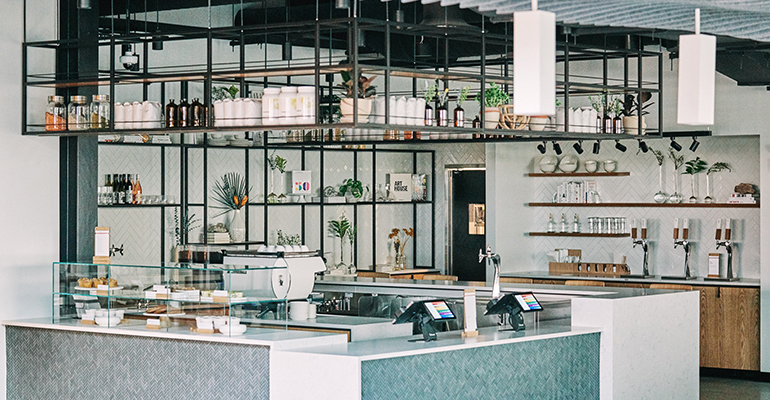 "You're placemaking, and you're creating an experience," explained Scott Benson, a vice president at Metro Commercial, when discussing the Lululemon outpost and the retail/restaurant trend generally.  These companies can be driven by different motivations —brand recognition, marketing, direct or online sales, said Benson. But restaurants or food concepts are part of achieving their goals.

Benson credits a “war of attrition” for concepts like the 90,000-square foot store in Manhattan from RH — formerly Restoration Hardware —that includes a cafe, wine bar and rooftop restaurant. The restaurant is half the fight for consumers’ time.

The location, one of a handful from RH that incorporate restaurant and retail elements, is a space to hang and eat in until eventually “you'll buy something, like an $8,000  couch,” he said. "But people go there because they want to be there because it's such a cool place and such a great location."

Location is also a key factor for one of the most prominent players in the retail restaurant space — Tommy Bahama — which got into the restaurant business because a desired store location had an abundance of space.

In 1997 in Naples, Fla., when the Tommy Bahama founders found themselves with an 8,000-square-foot space with a patio, they said, "'Hey, we should open up a restaurant," according to Doug Wood, the CEO of Tommy Bahama.

Of course, said Wood, it hasn't always been an easy business decision. Tommy Bahama struggles to find managers who can work across the restaurant and retail space, and there are long days.

"Retailers adding restaurants, they're losing the fact that a restaurants day starts usually an hour and a half to two hours before they ever opened the door," Wood said. "Then when you close, the day's not over for another hour, hour and a half until you clean up and you prep." 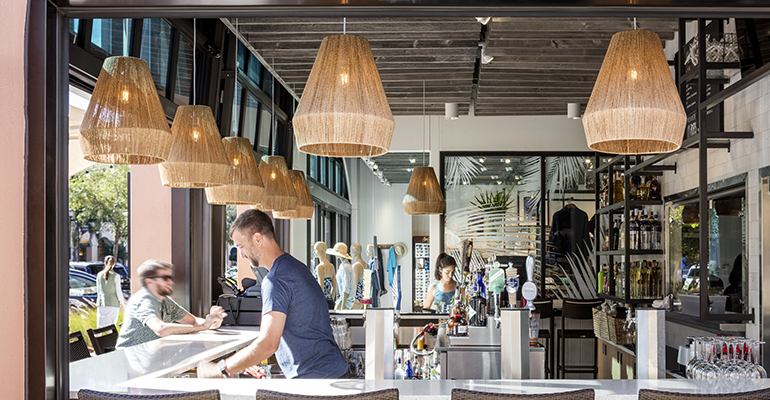 The slog has paid off for Tommy Bahama, though. The company has 17 restaurant locations. And the brand is adapting to diners' habits. About two years ago they opened their first upscale counter service concept called Marlin Bar with a menu focused on handheld options and bowls, along with a full-service bar, said Wood.

Tommy Bahama has opened two of these quick concepts and plans to open three more by the end of the year. "These have been just such home runs for us," Wood said.

The new concept was shaped by what Wood sees as a shift in society and in retail.