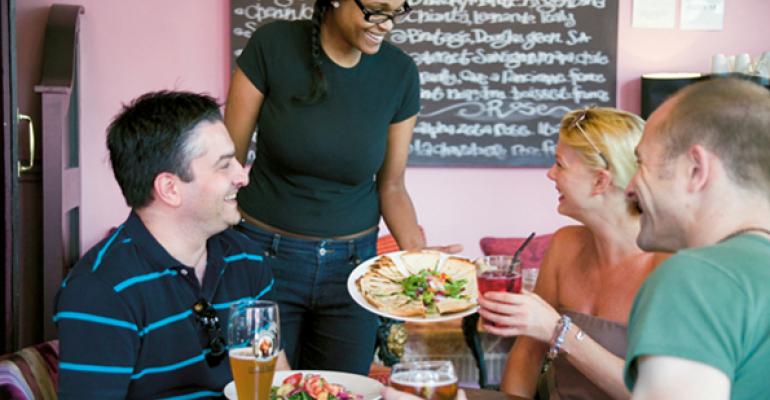 Full-service operators already have a rough idea of the benefits they derive from participation in their town’s Restaurant Week. Now data provided by Washington, DC-based Venga documents the gains in revenue, customer counts and return visitors these events generate. No wonder Seattle will host a pair of restaurant weeks almost back-to-back this year and Cleveland multiconcept chef Zack Bruell has decided to offer one of his own.

Venga is in the business of linking a restaurant’s reservation system with its POS data to create actionable intelligence about guests. For this restaurant week study, the company looked at how well its NYC restaurant clients did during the city’s restaurant week in early 2014. The company tracked 121,847 reservations to collect its data.

The study’s title was “Is Restaurant Week Worth It,” and the answer is a resounding “yes.” Venga’s numbers show that Restaurant Week participants had a 54 percent increase in first-time diners and enjoyed a 38 percent boost in total diners during the two-week period.

The Venga study’s bottom line: “Even though many Restaurant Week diners may not come back, since overall diner volume is heavily increased, participating restaurants ended up generating 10 percent more repeat guests from restaurant week than during a typical period.”

Hence the proliferation of restaurant weeks around the country. There are so many that a dedicated website keeps track for traveling foodies. Some cities even double-dip. In Seattle, many operators participate in both Dine Around Seattle Restaurant Week, which runs Sunday through Thursdays the entire month of March, and Seattle Restaurant Week, a 10-day event that follows almost immediately in April.

Several restaurants headed by iconic Seattle chef Tom Douglas participate in both events, even though he runs so many destination concepts he could put on a restaurant week of his own. Maybe Douglas will do so after seeing what Cleveland chef Zach Bruell has going this year. From Jan 18 through Jan. 31, five of Bruell’s restaurants (Chinato, L’Albatros, Table 45, Parallax and Cowell & Hubbard) will offer three-course, prix-fixe menus for $30.

He’s not going rogue. The event is timed so that Bruell’s restaurants can also participate in the annual Cleveland Restaurant Week, which takes place in November.

Bruell’s move addresses the lone drawback of Restaurant Week participation, which is that individual operators have to go along with the schedule chosen by the event’s organizer. In his case, he has five full-service restaurants within Cleveland’s city limits. That’s a lot of seats to fill in January, so his timing makes sense.

The numbers from the Venga study make the case that gaining more revenue from more customers is the net result when restaurants participate in a restaurant wWeek. Bruell idea’s is to give his restaurants this boost by putting on a solo Restaurant Week promotion when it’s needed the most. Expect at least a handful of other multiconcept operators to follow his lead.