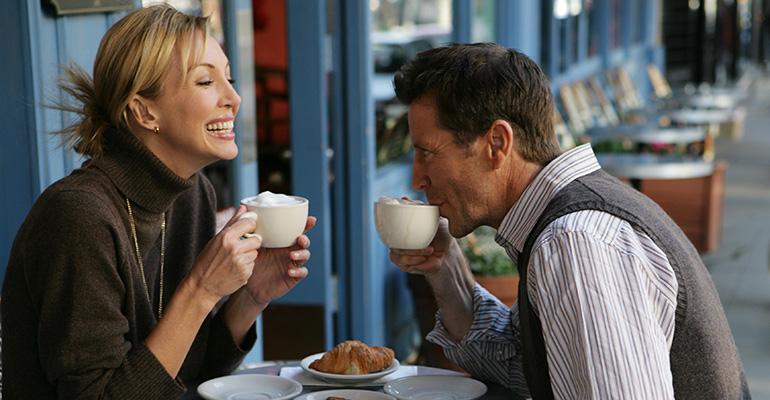 <p>Independents might have the edge in a recovery: Only 14 percent of U.S. consumers told AlixPartners they prefer chain restaurants.</p>
Trends>Consumer Trends

Study: Industry headwinds could persist in 2017

Operators have their fingers crossed that slumping U.S. restaurant sales and traffic figures will rebound soon. But a new study from business advisory firm AlixPartners suggests it could be awhile before that happens. The results show that few consumers plan to dine out more frequently than they already do, with some intending to spend less money per meal, too.

Independent restaurants should be able to hold their own in this type of operating environment. But chains — particularly quick-service chains — could struggle.

“Value is never out of vogue and customers are more demanding than ever,” says Kurt Schnaubelt, co-head of the firm’s restaurant and foodservice practice. “They require excellent food quality, friendly and fast service, and reasonable prices — preferably with a discount or deal. In addition, consumers in many regions of the world prefer independents over chains, further ramping up the competitive pressures. Only with the right mix of attention to pricing, cost control and service will chains be able to maintain profit margins.”

Several common themes emerged, some of them suggesting a lukewarm outlook for U.S. restaurants.

For example, consumer intention to dine out more frequently in the next 12 months was highest in China (47 percent) but lowest in the U.S., where just 15 percent of respondents plan to increase their restaurant visits.

Similarly, 56 percent of diners in China expect to spend more per meal during the coming year than they did during the previous 12 months. Just 20 percent of U.S. diners said they will increase per-meal spending. Ominously, 24 percent plan to spend less.

Since only 14 percent of U.S. consumers told AlixPartners they prefer dining out at chains versus eating at independent restaurants, chain business could remain slow. Other data points suggest traffic troubles might persist, and the boost some chains received from serving all-day breakfasts could evaporate.

“Survey results for just the U.S. show Americans estimate that visits to fast food establishments for any type of meal will fall 13 percent in the next 12 months,” AlixPartners notes. “Fueling that decline may be a reduction in breakfast occasions, as only 28 percent of U.S. consumers said they favor fast food for breakfast, a traditional stronghold for that sector, while the remaining 72 percent said they prefer breakfast from full-service restaurants, fast-casual restaurants, grocery stores or convenience stores.”

Pair this outlook with the weak restaurant industry performance numbers we’ve seen this year and 2017 looks like a no-growth scenario waiting to happen. A steady drumbeat of reports has shown sales and traffic numbers continuing to soften throughout 2016. Consider the most recent:

• The Census Bureau’s unadjusted estimated monthly sales for foodservice operations in September 2016 were down a bit from August, which in turn were down slightly from July.

Contraction? Maybe for some parts of the industry. But AlixPartners sees one possible area of growth: full-service restaurants.

“The good news is that despite the push for speed and on the go, the sit-down dining experience remains enduringly popular — overwhelmingly in the area of casual dining,” the firm proclaims. “Across the board, a keen eye on price and an unwavering focus on fresh, quality food are essential if restaurant operators are to keep their customers satisfied — and win with less.”

“Win with less” doesn’t seem like much of a rallying cry for the U.S. restaurant industry. But it might reflect the business reality this report sees operators facing next year.