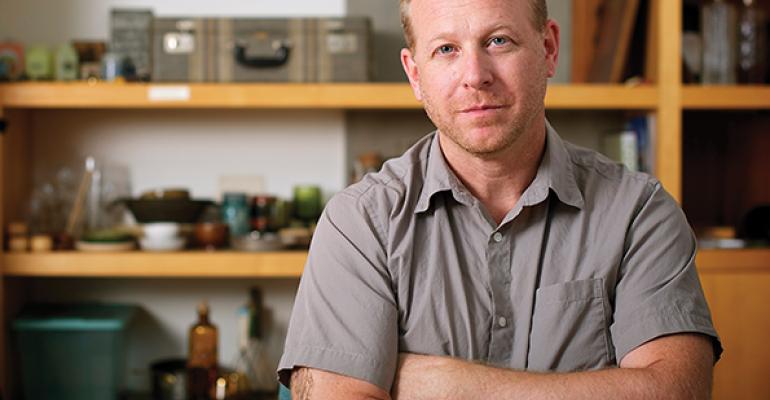 <p>&ldquo;The dining public must come to grips with what it actually costs to eat out,&quot; Andy Ricker says.</p>
Trends>Consumer Trends

When Portland, OR-based restaurateur Andy Ricker brought his Thai concept Pok Pok to L.A.’s Chinatown earlier this fall, he instituted a 5-percent service charge in an attempt to get in front of minimum wage increases coming in 2016.

California’s minimum wage climbs from $9 to $10 per hour in January. In Los Angeles, the city’s minimum wage is scheduled to increase further to $10.50 an hour in July, the next step on the course toward $15 per hour by 2020.

“In order for us to pay the kitchen something approaching a living wage and maintain prices at a reasonable rate, the only thing we could do was add a service charge,” Pok says. “One hundred percent of it was going to the back of the house, and the administration of it.”

The idea was that guests would still tip, but at a lower 15-percent rate.

But after only about six weeks of attempting the service charge, Ricker decided to drop it in early December after hearing complaints from both his customers and his servers.

“The public’s not ready for it,” says Ricker. “They don’t understand restaurant economics. They just look at it as an extra charge.”

Servers, likewise, felt they were being stiffed, he said. “They feel that if they don’t get 20 percent of the bill, they’re being treated unfairly.”

In a market like Los Angeles, where labor costs are about to climb significantly, there is no tip credit and labor laws strictly limit the sharing of tips with back of the house, restaurateurs like Ricker are stuck with raising menu prices, he says.

It was a modest increase necessary because his workers had been promised that service charge.

But higher pricing is also problematic for a new restaurant in a new market surrounded by competitors that “serve a pile of food for $8 that would feed four,” he adds.

Ricker says he admires industry leaders like Danny Meyer, who said earlier this year that his Union Square Hospitality Group would phase out tipping at all 13 of its full-service restaurants while raising menu prices. But he thinks high menu prices are less likely to scare off diners in New York.

“The dining public must come to grips with what it actually costs to eat out. And to understand that they’ve been subsidizing the restaurant industry to the tune of 20 percent for the entire experience,” he notes.

People need to understand that the restaurant experience begins when the prep cook shows up in the morning and ends at when the dishwasher takes out the trash at night, he adds.

For now, Ricker says business is good. As a group, with five Pok Pok locations, as well as the Whisky Soda Lounge and Sen Yai Noodles in Portland, his restaurants are profitable and showing steady revenue increases.

But Ricker says what’s coming down the pike on the near horizon makes Ricker nervous. The challenge now for restaurants is to “find that sweet spot where you can get ahead of it a little bit, but not so far ahead that you get crushed by the public’s ill will.”