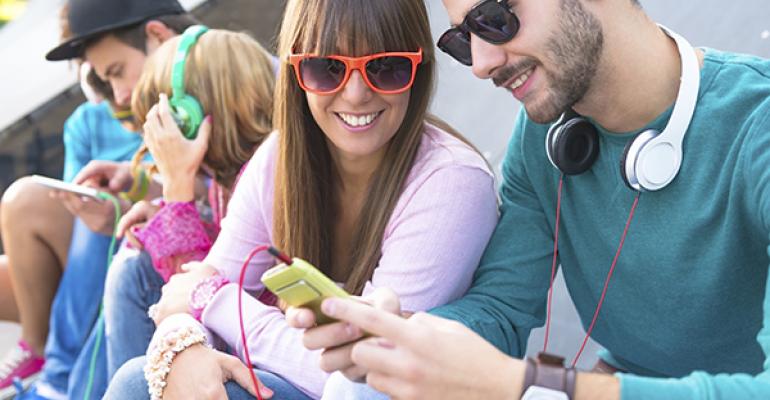 If you’re wondering whether it’s important to market your restaurant differently to reach Millennial-aged (18-34) customers than to connect with older (ages 35+) ones, results of a new survey suggest it is. But be aware that even the most Millennial-friendly marketing tools aren’t as universally popular within this key demographic as you’d think.

The yet-to-be-released study, “What Millennials Really Think: How Do Their Views Compare With Older Consumers?” was commissioned by the Marketing Executives Networking Group and conducted by Pace University marketing professor Larry Chiagouris. Opinions were solicited from an online panel consisting of 394 Millennial-aged consumers and 630 older ones. Respondents were asked to rate statements on a five-point scale (the options: agree strongly, agree, neither agree or disagree, disagree, strongly disagree).

On some issues, the findings were similar for both groups. Respondents of all ages believed strongly that social media is too intrusive and that companies do not do enough to protect consumer privacy. But the differences were significant on a number of other issues.

Among the questions the survey helps restaurants answer:

• Is it worth it for restaurants to pay extra to build a “green” restaurant, source and serve more costly but ethically raised ingredients or pursue other sustainability initiatives?

• Are potential customers more likely to use mobile technology to search for information about your restaurant than other platforms and methods?

The answers suggest that mobile marketing is a must. Sixty-two percent of Millennials said they usually gather information via their phone or tablet; just 16 percent don’t. Among older consumers, slightly more do not look for information via mobile (41 percent) than do (39 percent).

The responses suggest marketers should be judicious in their use of coupons sent via text. When asked whether they agreed with this statement—”I am willing to receive unsolicited text messages with coupons and offers on my mobile phone when I enter a retail store,” 41 percent of Millennials agreed or strongly agreed, as did 31 percent of older consumers. But many respondents disagreed or strongly disagreed—36 percent of Millennials and 51 percent of older consumers don’t favor this approach

When the scope of the question was expanded slightly—“I am willing to receive unsolicited text messages with coupons and offers on my mobile phone or tablet from stores nearby when walking down the street,” agreement numbers fell about 4-5 percent for both groups. Only about 20 percent of respondents of either age group were neutral about this marketing tactic.

• Does direct mail work for restaurant marketers in the digital age?

It still packs plenty of punch. This survey found that nearly half of Millennials agree that they “often find value in many of the materials I receive in the mail from companies I have not done business with before.” Thirty-seven percent of older consumers said they do, too.

• Should you pay close attention to your restaurant’s online reviews?

Millennials are also more likely to post an online review after having a bad customer experience. Fifty percent say they do so. Only 34 percent of older consumers will write a review in those circumstances. Millennials are also more likely to write or share a review after a positive customer experience (56 percent, vs. 41 percent of consumers aged 35 plus).

One thing both older and younger consumers agree on is that companies too often use social media in a manner that is intrusive to consumers. Fifty percent of Millennials and 52 percent of 35+ consumers feel this way. The takeaway message for restaurant marketers: be careful how you employ social media in your marketing mix. And think twice before texting unsolicited offers to some, perhaps most, of your restaurant’s customer base.