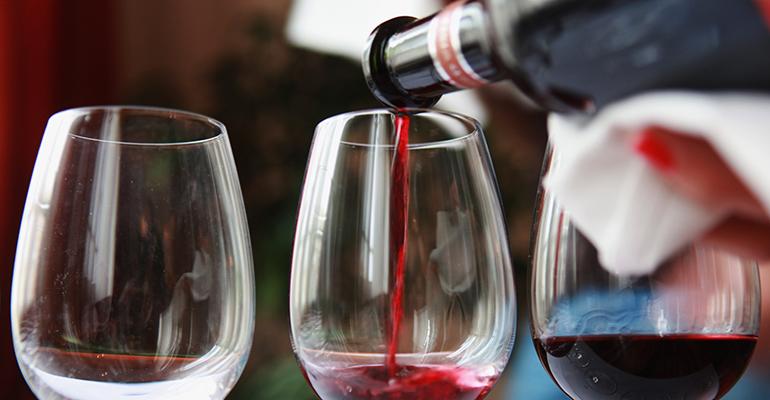 Wine industry lender Silicon Valley Bank’s 2016 forecast sees U.S. per capita wine consumption falling for the first time in 20 years. Why the drop? Millennial-aged customers just aren’t the wine-buying force their Baby Boomer predecessors were. But even though young drinkers are crazy for cocktails and craft beer, SVB’s “State of the Wine Industry 2016” report identifies several trends that can help restaurants adjust their wine programs to embrace this new reality.

The 76-page report provides a unique perspective on the wine industry. It’s “based on SVB's in-house expertise as one of the largest bankers to the West Coast wine industry, a proprietary database of more than a decade of winery financials, ongoing research, and an annual survey of 650 wineries.”

This year’s data shows that these wineries aren’t selling as much wine to restaurants as they once did.

“A change that was somewhat of a surprise was the declining growth rate of wine sales in restaurants,” the report notes. “On-premises information suggests the declining growth rate has been consistent through the entire year. It’s clear that the drop in restaurant sales took place in all price points. Growth in wine restaurant sales fell dramatically in 2015 across all premium price points. We expect that to stabilize in 2016.”

The analysts theorize that more at-home consumption and frugal spending habits are behind the slipping sales of wine. MIllennials, unlike members of other generations, are more likely to start a meal with a beer or cocktail, then order a glass of wine rather than a bottle to go with dinner.

One way to sell Millennials more wine: Carefully curate your wine-by-the-glass list to boost its appeal to this demographic. Aim for what SVB sees as the sweet spot in the market: red blends, both foreign and domestic.

“The young consumer is giving blends a chance, and from our view is taking a page from the mature cohort, who placed their trust in a brand rather than a varietal,” the report says. “Today, Millennials are beginning to impact the lower price of premium sales. They are most visible in the $8–$14 (retail price) red blend category but will trend higher as their income allows.”

SVB also noes that Millennials are more open to world wines compared to Baby Boomers at a similar time in their palate evolution. That’s good news for restaurant operators because a strong and strengthening U.S. dollar, plus plenty of  available foreign supply, means it should be a banner year for imported wines on restaurant menus, both blends and varietals alike.

There will be plenty of attractive wines available from U.S. wineries, too. Key U.S. growing regions weren’t hurt by last year’s historic drought as much as might be supposed.

“The fact is when it comes to wine grapes, droughts will more than likely make for good growing conditions and produce exceptional quality as well—as the harvests in 2012, 2013 and 2014 proved by delivering historic heavy yields and stunning quality in most of the West,” the report claims.

The 2015 harvest’s quality is expected to be good, although yields in California may be down slightly. But restaurant operators shouldn’t overlook other West Coast wine-growing regions as they source wines this year. “ Oregon’s harvest was early, huge and another consecutive vintage of the decade,” SVB notes. “The early read on Washington’s harvest suggests it was similar to Oregon’s in timing and quality, but more of a normal yield.”

Keep this research in mind as you search for moderately priced red blends to add to your restaurant’s wine list this year.