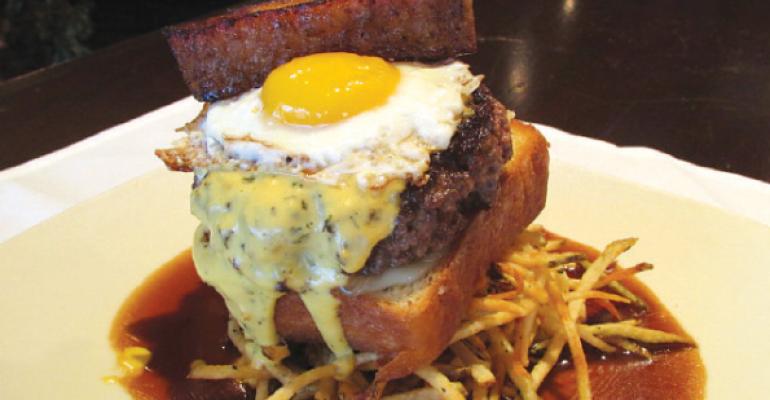 A new report from Technomic didn’t tell us much we didn’t know: Americans really love their burgers. But astoundingly, we love them even more today than ever before, and we especially prefer ones made with high quality meats, ingredients and toppings.

That, at least, was according to Technomic’s “Burger Consumer Trend Report,” which surveyed 1,500 consumers on the topic. Ninety-five percent say they eat burgers monthly, up from 91 percent two years ago. Sixty-two percent of those consumers cite meat quality and taste as the prime considerations in their purchasing decisions, up from 56 percent in 2011. More than half (51 percent) say the meat should be additive-free and not frozen.

Those results say plenty about the better-burger segment, led by the likes of Five Guys and Smashburger, two chains that have exploded in the past decade. Whether the conclusion should be the segment has driven consumers’ preferences, or those preferences have driven the segment’s growth, could be debated. The answer probably falls somewhere between, but there’s no denying Americans are passionate about their burgers. 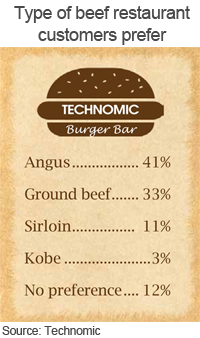 “The better burger sector continues to thrive in the overall burger category, and that shows no signs of stopping,” says Darren Tristano, e.v.p of Technomic. “As the burger category evolves, consumer demands are changing. Consumers expect something extra when dining out, and better burgers—with quality ingredients and customer-chosen toppings or specialty preparations—can really help deliver that as part of a solid value equation.”

The burger boom has spread beyond quick-service chains like McDonald’s, Wendy’s and Burger King where it began, first to newer fast-casual brands like Five Guys, Smashburger and Umami Burger, and now even at higher-end concepts from celebrity chefs looking to cash in on the craze. Iron Chef Michael Symon (B Spot Burgers) and Top Chef Richard Blais (Flip Burger Boutique) are prime examples, and earlier this year one of the most recognizable chefs got into the action when Gordon Ramsay opened BurGR in Las Vegas.

They are all trying to capitalize on consumers’ elevated tastes for quality customizable and specialty burgers. Technomic’s survey showed 64 percent of consumers like the build-your-own burger concept, while specialty burgers at Top 500 limited-service chains have increased on menus by 25 percent since last year. The Philly style is the most popular (54 percent), followed by Cajun (40 percent), Southwest (37 percent), Cuban (32 percent), Hawaiian (28 percent) and Asian (27 percent) varieties.

Some other insights to consider when making your menu:

• The sesame seed white bun was the most popular (50 percent), nosing out the plain white bun (49 percent) and wheat bun (48 percent).

• Beef (82 percent) was the favored protein, over turkey and chicken, both at 53 percent.

• American cheese is still the top choice at 73 percent, followed by cheddar (66 percent) and swiss (55 percent).