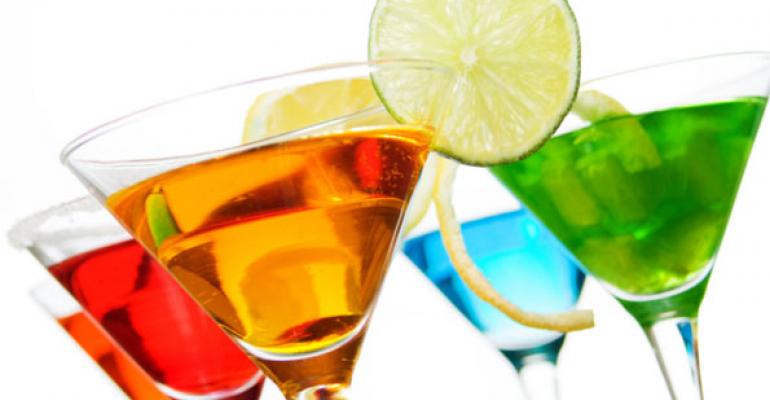 Cash in with cool cocktail classes

It’s no wonder operators ranging from Seattle’s Tom Douglas to the savvy crew that runs Lettuce Entertain You Enterprises’ long-running Wildfire concept have jumped on the handcrafted cocktail class bandwagon. These fun special events create buzz for a restaurant’s bar program, draw people in during otherwise-slow times and are much simpler to put on than cooking classes.

But get a load of what Mercadito Hospitality is doing with its Mixology Academy approach. Mercadito, which has namesake restaurants in New York and Miami as well as five other Chicago-based concepts, offers this program at its unit located in Chicago’s River North district. It’s run by beverage consultants/mixology whizzes the Tippling Brothers. The Mixology Academy is a six-class sequence that will turn attendees into way-better-than-beginning bartenders. The once-per-month classes cost $35 apiece and guests can attend one, some or all six.

The series started in January with “Old Fashioned and New Fangled.” “The Martini and The Manhattan” class took place in February, and the “Tall Drink of Water: Tonic, That Is” class was a quick sell-out in March. Still to come are an April session on muddled drinks titled “A Smashing Good Time” and May’s “All About Sours.” The final installment “Irie Mon: Island Style,” will tackle summer cocktails in June.

Each session takes place at 7 p.m on a Tuesday night. The Mixology Academy promises guests will “Learn to mix your own drinks, absorb alcohol history and get saucy with friends,” so it’s clear the emphasis is on having fun as well as learning mixology skills.

Another Chicago operation, LEYE’s Wildfire, offers cocktail classes, too. Its next one is scheduled for Saturday, April 5, from 2 to 4 p.m. The class, which will teach attendees how to make tequila-inspired cocktail creations and feed them appetizers while they do it, costs $35. Wildfire’s March 8 class at its Eden Prairie, MN, unit took it one step further by teaching students how to make their own moonshine. It was also a Saturday afternoon event (1-3 p.m) and cost $30.

In Seattle, ace chef/restaurateur Tom Douglas put on a one-hour quickie holiday cocktail class early last December. It ran from 5:30 to 6:30 on a Monday night and cost $15. Douglas has been doing cocktail classes for several years, including a four-class sequence in 2011 held at his Seatown Seabar & Rotisserie. Topics for this set of one-hour classes, which were held from 5:30 to 6:30 on Tuesdays, covered Vodka; Fancy Bitters-The New Rage; All About Gin; and Herbaceous Cocktails.

Last fall, Douglas teamed up with urban fruit organization City Fruit for a three-class series that taught attendees how to incorporate locally grown fruit into cocktails. Sessions cost $40 apiece. Guests sampled the drinks created, ate snacks and tried their hand at making some of the drinks. They also received a membership in City Fruit. This series took place at Douglas’s Italian restaurant Cuoco at 6 p.m. on Thursdays.

Several other independent restaurants around the country are giving cocktail classes a try, and it’s no wonder. The logistics are simple, especially in comparison with an in-house cooking class, and the results are likely to be good. Not every cooking class attendee will have the technique and culinary skills needed to reproduce a dish well, even under expert supervision. But almost everyone can measure, pour and mix a drink that comes out tasting like the maker intended.

These operators were among the first to sense there was a market for craft cocktail education in a restaurant setting. It’s hard to guess the actual size of that market. But if you call up some of the excellent cocktail-making instructional videos posted on YouTube and note how many views they have received, it appears that hundreds of thousands of people, and perhaps millions, are looking to improve their cocktail-making skills. Why not have them do it at your restaurant?