5 things you need to know now

Only about half of restaurant operators are seriously considering installing consumer electronic payment technology within the next two years, and only about 12 percent of them use mobile payment technology currently, according to a survey from the Cornell Center for Hospitality Research.

The restaurant industry has been cautious in adopting electronic payment technology thus far, but Sheryl Kimes, one of two authors of the study, says that's about to change.

Survey respondents believed they were saving money with the new technology, but the authors also cautioned that any payment mechanism must synchronize with the POS system. The top three benefits cited by restaurateurs who had installed the technology—mostly limited-service restaurants—are faster check processing, increased customer satisfaction and reduced customer waiting time. Major obstacles? integration with existing systems, cost of the technology and customer acceptance.

Now that the Priceline Group has entered into an agreement to buy OpenTable for $103 per share in an all-cash transaction valued at $2.6 billion, restaurant owners should expect a revamped experience that will boost restaurant demand ... at a cost.

The stakes are sizeable: OpenTable seats more than 15 million diners per month at some 31,000 restaurants.

April saw more restaurant job openings than any other month since the recession, according to figures from the Bureau of Labor Statistics’ Job Openings and Labor Turnover program.

There were 625,000 job openings at restaurants and lodging places on the last business day in April. This represented an increase of more than 100,000 job openings from just two months earlier, and marked the highest monthly level since the JOLT data series began in 2000.

In a recent National Restaurant Association survey, 16 percent of operators said recruiting and retaining employees is the number-one challenge currently facing their business. 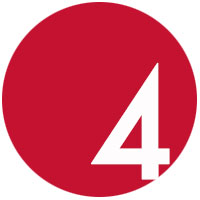 Men prefer red wine—ordering it about 40 percent of the time—and women order reds and whites about equally, according to a Technomic and American Express report. Women are also somewhat more likely than men to occasionally opt for rosés, sparkling wines or sangría.

A third of wine drinkers buy wine in retail stores but do not customarily order it in restaurants—clearly an opportunity for restaurants who can figure out how to close that gap. About 3 percent report they do order wine in restaurants but don’t buy it at retail for home consumption.

In the Northeast and South, the majority say they order wine in a restaurant several times a month, while only a third of those in the West and a quarter in the Midwest do so.

The Melting Pot is asking guests to help decide what cocktail to add to the menu next in a competition called Top Cocktail that runs through July 31. Guests are asked to vote for their favorites; the winning cocktail will land a spot on The Melting Pot’s core beverage menu.

The Top Cocktail competitors are: