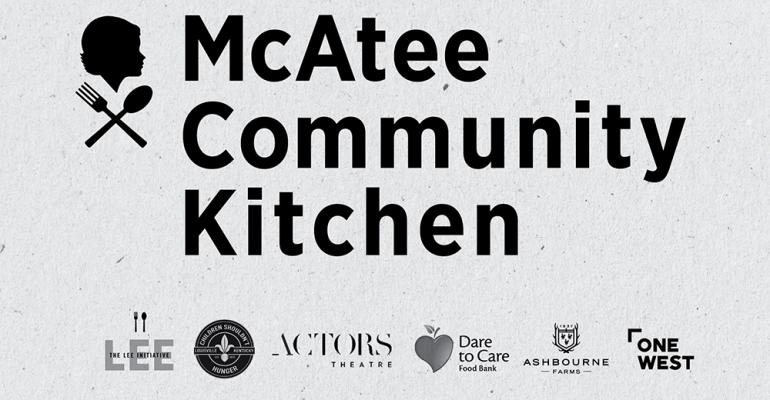 Milkwood in Louisville, Ky., closes permanently but will be transformed into McAtee Community Kitchen

Concept by chef Edward Lee is designed to honor barbecue spot owner David McAtee, who was slain by National Guard during recent protests

Chef and restaurateur Edward Lee this week said he will permanently close his seven-year-old concept Milkwood in Louisville, Ky., and convert it into the new McAtee Community Kitchen, in honor of local YaYa’s BBQ shack owner David McAtee, who was reportedly slain by the Kentucky National Guard during Black Lives Matter protests last week.

Scheduled to open June 15, McAtee Community Kitchen will provide meals, groceries, supplies and ongoing opportunities to families in need in Louisville, in partnership with the organization Children Shouldn’t Hunger.

Related: Video of the week: How chef Edward Lee is cultivating women in the restaurant industry

The goal, said Lee, is not only to provide meals to those in need and empower the work of young black culinary leaders, but to honor the memory of McAtee, who was known both for his barbecue and for his devotion to community.

“In the honor of David McAtee, it’s only right that we create a foundational and truly sustainable future,” said Leo Braddock, founder and executive director of Children Shouldn’t Hunger, in a statement.

Lee is also known for his Louisville restaurants 610 Magnolia and Whiskey Dry. He is also culinary director for Succotash restaurants in the Washington, D.C. area, and he cofounded The LEE Initiative — an acronym for Let’s Empower Employment — a nonprofit dedicated to promoting equality and diversity in the restaurant industry.

Earlier this year, Lee teamed up with chefs and restaurant operators across the country in a series of fundraising events for the Restaurant Workers Relief Fund, an effort sponsored by Marker’s Mark, to support out-of-work restaurant employees. Since it began in March, the program has provided more than 140,000 meals and thousands of pounds of supplies to restaurant workers in 19 cities. 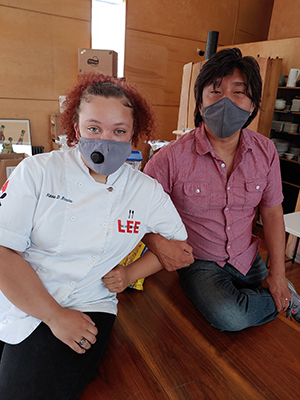 In a phase two of that effort called the Restaurant Reboot Relief Program, The LEE Initiative has pledged $1 million to purchase food from sustainable farmers in 16 regions, and giving that food to restaurants that host relief centers.

After the coronavirus-related shutdown, Milkwood was closed and — with help of the local Actors Theatre — transformed into a “giving kitchen” to serve the community.

At the helm of McAtee Community Kitchen will be chef Nikkia Rhodes, who was part of the first class of chefs developed through the LEE Initiative’s Women Chefs of Kentucky program. Rhodes is also director of Iroquois High School’s Culinary Program and she also worked in the kitchens of both Milkwood and 610 Magnolia.

“Chef McAtee believed in taking care of people, and that showed very clearly through his work in our community,” said Rhodes in a statement. “I want that legacy to continue five, 10, 15 years from now. I have always been inspired by chefs like him, who invest back into society around them and that’s what I want to do here.”

McAtee Community Kitchen will prepare 100 meals packaged for families of four, three days a week, which will be available for pickup on a first-come, first-served basis at various locations. The restaurant will also provide shelf-stable groceries.