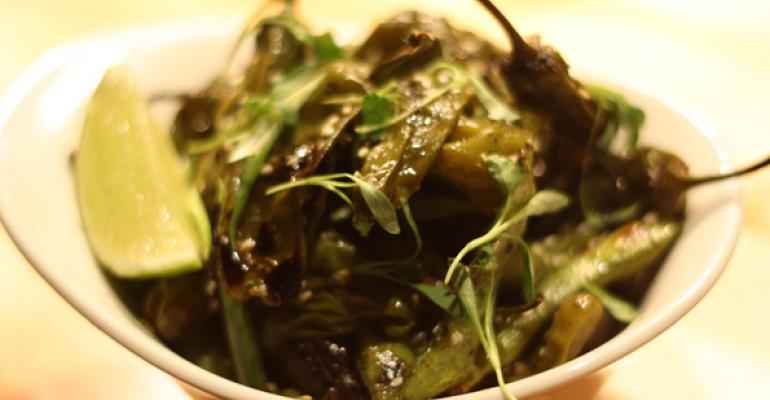 Combine all glaze ingredients in a bowl and whisk to combine.

Combine shisito and edamame in a bowl and season to taste with salt, toss with olive oil and roast in a high oven until starting to blister. Remove from oven and toss in glaze until well-coated. Place in a bowl to serve. Garnish with black and white sesame seeds, furikake, scallion, cilantro and lime wedge.