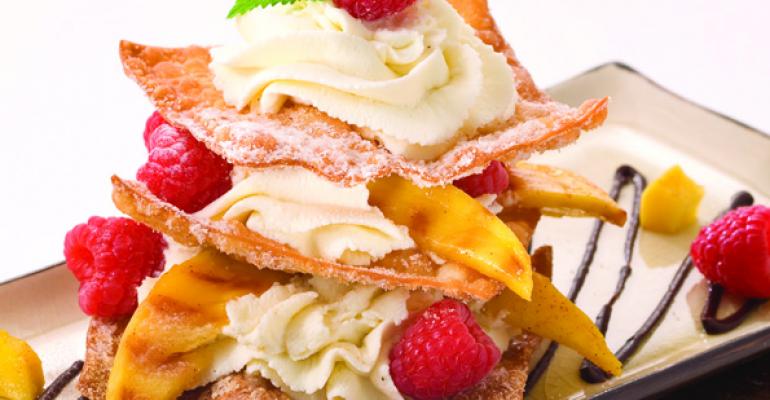 For roasted mangos: In a large mixing bowl, add all the ingredients; mix. Heat a grill to a medium temperature. Lightly spray the grill grates with nonstick cooking oil. Place the mango slices on the grill; grill for approximately 2 minutes on each side or until a deep caramel color is achieved. Cool the mangos, cut into small-sized dice. Set aside.

For assembly: In a shallow sauce pan, add oil; heat to 350°F. Place 1 wonton wrapper at a time onto the surface of the oil; fry for approximately 30 seconds. Turn over; fry the second side of each wonton until crisp and golden. Remove from oil, place onto absorbent paper. Repeat with remaining wontons. In a mixing bowl, add granulated sugar and cinnamon; mix. After frying the wontons, generously coat each wonton in the cinnamon sugar mixture.